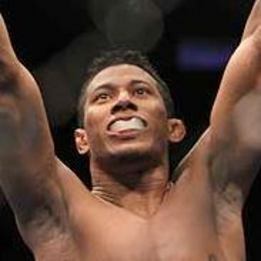 Brazilians Iuri Alcantara and Wilson Reis will square off at UFC Fight Night 36 in February.

Alcantara (28-5 1NC) is coming off a unanimous decision loss to Urijah Faber at UFC Fight Night 26. Alcantara is 3-2 1NC under the UFC banner.

Reis (17-4) made his UFC debut at UFC 165 where he defeated Ivan Menjivar via unanimous decision. Reis was the first and last EliteXC bantamweight champion and has also fought for Bellator MMA.

No word as to where on the fight card the Alcantara vs. Reis match-up will be.

UFC Fight Night 36 goes down on February 15 from the Arena Jaragua in Jaragua do Sul, Santa Caarina, Brazil. The main event is a middleweight match-up between Lyoto Machida and Gegard Mousasi.