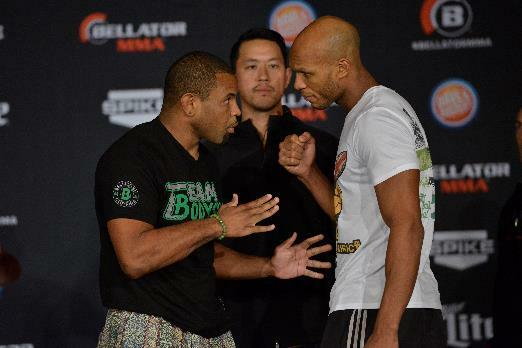 The Bellator weigh-ins have been completed Kansas Star Casino. Bellator MMA will take place from the Kansas Star Arena on Friday, October 24th with the first fight taking place at 5:45 p.m. CST and steaming live on Spike.com. The televised portion of the night will air LIVE on Spike TV at 8 p.m. CST.