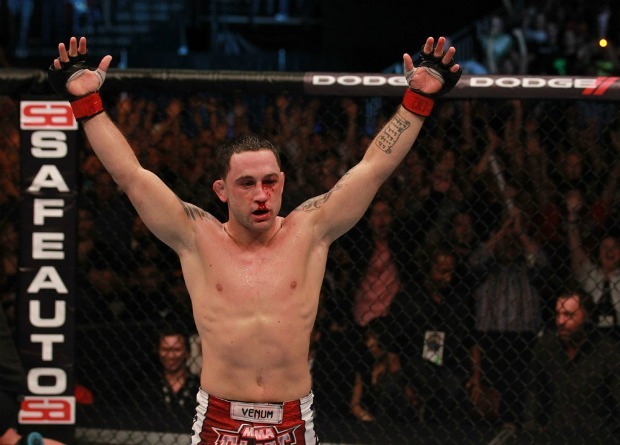 The main event was a five-round battle with major title implications between two of the best featherweights in the world, as former UFC Lightweight Champion Frankie Edgar took on the #2 ranked Cub Swanson.

Check out our biggest winners and losers from UFN 57 below.

Frankie Edgar came into UFN 57 on a two-fight win streak and was set to take on the streaking Cub Swanson. The former UFC Lightweight Champion put on one of the most dominant performances ever against the #2 ranked featherweight in the world. It was the equivalent of what T.J. Dillashaw did to Renan Barão but with ground and pound instead of standing up and striking. It was an absolute clinic and the most impressive Edgar has looked in his entire career. ‘The Answer’ was doing everything he could to end the fight and he did just that with a neck crank with only four seconds left in the five-round fight. The New Jersey native proved that he is still among the very best in the world and staked his claim as to why he should be the guy to face José Aldo next.

Chico Camus was set to make his flyweight debut against the always-tough Brad ‘One Punch’ Pickett. In what was one of the more surprising performances of the night, Camus looked great and his striking was on point as he picked up the split-decision victory over the highly touted Pickett. Camus had a rough patch up at bantamweight, but the drop to flyweight looks like it may do his career wonders. Starting off with a victory over such a veteran like Pickett can only get your name in the spotlight and that is exactly what he did. The Milwaukee native should crack the top 15 with just one fight in the division and will likely get a decently ranked opponent in his very next fight.

Paige VanZant was originally supposed to take part in this season of ‘The Ultimate Fighter’ but was removed from the show as there is alcohol in the house and she is too young to drink. Already signed to the UFC, this just allowed VanZant to make her UFC debut sooner and she did just that as she took on Kailin Curran at UFN 57. ‘12 Gauge’ came into the fight possessing a 3-1 record having only previously lost to one of the ‘TUF 20’ favorites, Tecia Torres. The 20-year-old looked fantastic and did not stop coming forward the entire fight and was also very active off her back. VanZant finished Curran via TKO at 2:54 of Round 3 and made UFC history, as she became the first strawweight to finish a fight within the promotion. With the strawweight division being brand new, it will only take a couple victories to be within title contention and with her easy marketability, VanZant may only be a win or two away from challenging whomever the strawweight champion may be.

Cub Swanson far and away already earned a title shot, but Swanson is not the guy to sit back and complain so he took a fight against the toughest guy that he could possibly face. Swanson was riding a six-fight win streak coming into his UFN 57 main event against Frankie Edgar. Swanson said he was promised a title shot with a victory, but that would not come to fruition. In a completely lopsided fight, Swanson lost via submission (neck crank) with only four seconds left in the fight. Still at the very top of the division, the 31-year-old will still be a force in the division, but his title hopes are surely delayed. 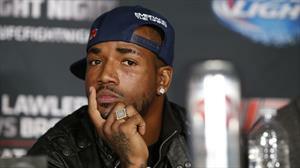 Bobby Green came into UFN 57 on an eight-fight win streak and was set to take on the lower ranked Edson Barboza. A win over Barboza would surely have put Green very close to a possible title fight. Green put on a rather lackluster performance and lost via unanimous decision without picking up a single round on any of the judges’ scorecards. With retirement talks going into the fight, it is unsure what ‘King’ will do next, but this is just a minor step back in the 28-year-old’s career if he decides to continue fighting.

Issac Vallie-Flagg came into UFN 57 on a two-fight losing skid and was set to take on the returning Matt Wiman. Wiman had not fought in close to two years and was coming off of a loss to lightweight contender T.J. Grant. Vallie-Flagg was in a must win situation as he did not want his UFC record to drop to 1-3. In what was a very competitive and exciting fight, Wiman was able to pick up the unanimous decision victory. Like every Vallie-Flagg fight, he took a whole bunch of punishment. The 36-year-old lightweight has now dropped three straight fights, but they were all very entertaining so he still may fight within the promotion, but his career is going down a less than desirable path.