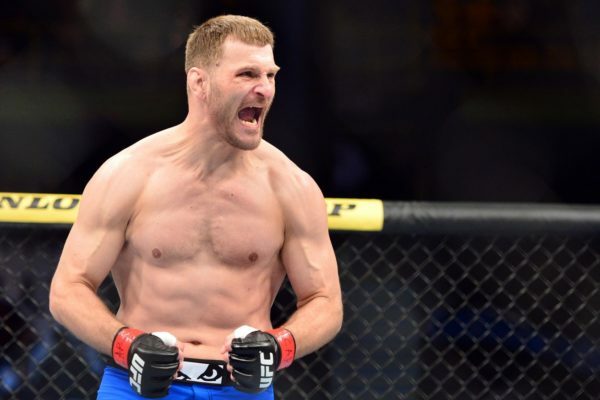 “The Super Samoan” has his next opponent.

The event will mark the promotion’s first visit to South Australia and is expected to take place from the Adelaide Entertainment Centre on May 16.In his last outing into the Octagon, Hunt stepped up on short notice to battle Fabricio Werdum for the UFC interim heavyweight title at UFC 180. Hunt lost the fight via TKO, putting an end to the momentum of his knockout victory over Roy Nelson earlier in the year.Miocic is coming off a decision loss to former heavyweight kingpin Junior dos Santos in December. The loss snapped a three-fight winning streak for the 32-year-old Ohio fighter.The event is set to be the first scheduled event for Australia in 2015 for the UFC. Like the promotion’s last event on Australian soil, UFC Fight Night 55, the event will probably to stream exclusively on UFC Fight Pass. With the event slated for Saturday in Adelaide, it is expected to stream in the United States on Friday, May 15.

The card is also likely to feature numerous Australian fighters. Among the fighters who could be on the card are heavyweight Soa Palelei, TUF: Smashes winner Robert Whittaker, TUF: Nations veterans Jake Matthews and Brendan O’Reilly, as well as TUF 20 competitors Bec Rawlings and Alex Chambers. Palelei, Whittaker and Matthews were amongst the combatants that fought on the aforementioned UFC Fight Night 55 card in November.

More details about the event, as well as the fight card, are expected to be released in the coming weeks. Stay tuned to MMASucka.com