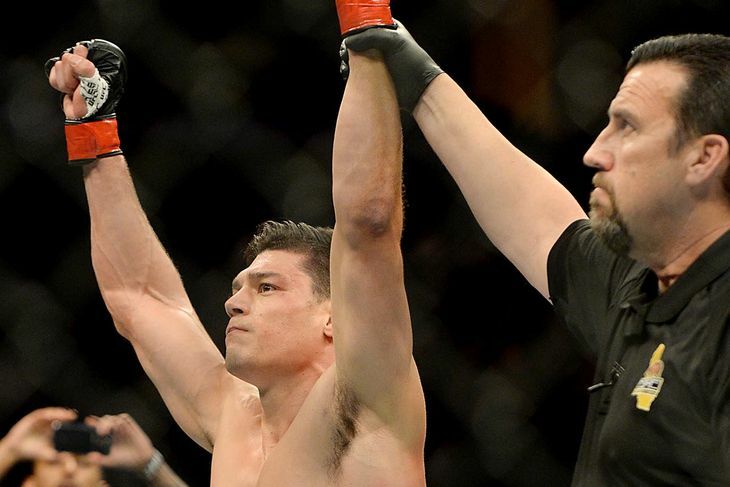 The photogenic model Alan Jouban stepped into the cage with gruff Australian Dire Straits fan Richard Walsh for a welterweight bout on the main card of UFC 184, and he showed that he was more than just a pretty face. After a back and forth initial period, “Brahma” took it to Walsh with a varied striking attack and forced referee “Big” John Macarthy to stop the fight in the first round.