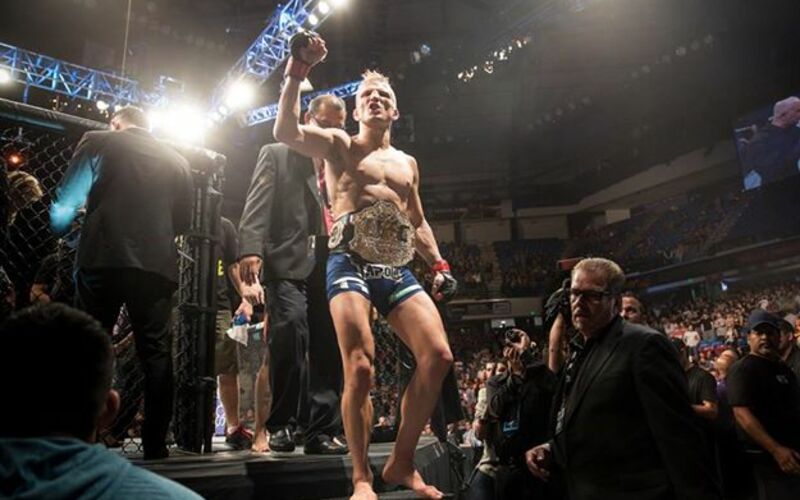 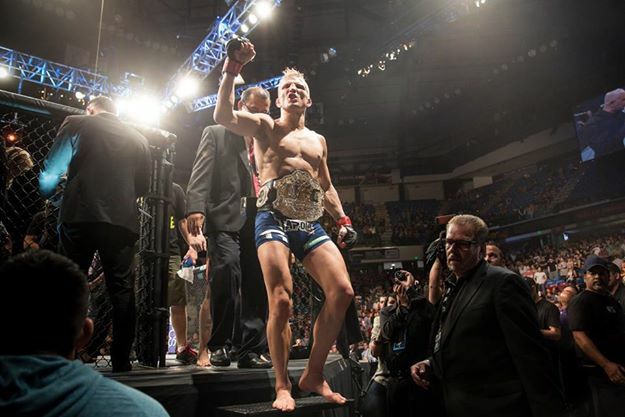 After splitting time between Team Alpha Male and the Colorado-based gym Team Elevation, TJ Dillashaw has officially made the move to train with Duane Ludwig and Leister Bowling’s coaching staff on a full-time basis.

Was it the right move?

After winning the UFC Bantanweight title with the help of Alpha Male, Dillashaw has decided to switch gyms at the peak of his career. Alpha Male is still flying high as one of the best MMA gyms on the planet and has an elite group of fighters for training partners.

Urijah Faber, Chad Mendes and Joseph Benevidez are some of the best training partners you could ask for and are relatively close to his weight class. The same can’t be said for Matt Brown, Clay Guida, Neil Magny or Brandon Thatch.

In essence, Dillashaw has chosen his coach, Duane Ludwig, and his new found group of trainers over his long-time ‘family’ in Sacramento. While splitting time between gyms could be a challenge, and training at elevation would only help his endurance and conditioning, Dillashaw has created a major ripple in the foundation of his past training camps. If known for anything, the Alpha Male fighters are absolute workhorses and have produced several successful fighters at lower weight classes, including Dillashaw.

Lucky for him, Dillashaw was clearly their best.

To be successful, Dillashaw will need to find a similar level of competition for his invite-only camp heading into January.  Whether he can replicate the competitive nature of Alpha Male fighters remains to be seen, but Dillashaw certainly made the best move for his developmental growth and peace of mind.

The fat paycheck that comes with joining the MusclePharm gym is also a plus.

He is an absolute beast when it comes to training and is continuously working on improving his game. Based on his loyalty, it was only a matter of time before Dillashaw had to choose a side, and he made the right decision by picking his long-time mentor and striking coach “Bang” Ludwig.

Getting away from the drama will only help Dillashaw stay focused on retaining the belt. When you consider his past opponents and style of fighting, Cruz will be his toughest test yet.

Both are elite level strikers but, lucky for Dillashaw, Cruz has spent significant time recovering from injuries over the past few years.

Since 2011, he is just 1-0 after destroying Takeya Mizugaki within the first minute of the first round last September. He was recovering from another injury earlier this year and many will be crossing their fingers with hopes of him making it to UFC Fight Night 81. Nevertheless, he looked like his old self against Mizugaki and should bring similar skills to the octagon as long as he stays healthy.

If Dillashaw and Ludwig hoped to walk through Cruz, they may need a refresher on who “The Dominator” really is and the compete level he brings to the octagon. In fact, Cruz had quite a bit to say to defend himself back in July according to mmafighting.com:

“This would be a cakewalk compared to what I went through before. I eat ACL surgeries for breakfast, man. This is nothing. I’m coming back strong as ever, looking just as sharp as I did against Mizugaki, and I’ll be winning my belt back. And when I win it, it’s not going to be for me anymore. It’s going to be for everybody who thinks that people are counting them out. That win is going to be for everybody who says you can’t something. Just believe that you can do it, and that all everybody else says is just a bunch of crap. Duane Ludwig is talking a bunch of nonsense about knocking me out. He doesn’t know anything. Have you heard him in an interview? He’s stuttering the whole time. The guy has been hit in his head too much already. The bottom line is, these guys don’t understand what I bring to the table. They don’t understand the style I bring. They don’t understand any of it. They think they do, but everything is a trap. I’m going to trap T.J. and he’s going to get slept.”

With the move, Cruz will still be able to get his hands on Ludwig by fighting his prized pupil and can silence the critics with a win over Dillashaw. He was the most successful UFC Bantamweight Champion before going down and is hungry to get his belt back.

Sadly for Cruz, Dillashaw is far from rolling over for anyone.