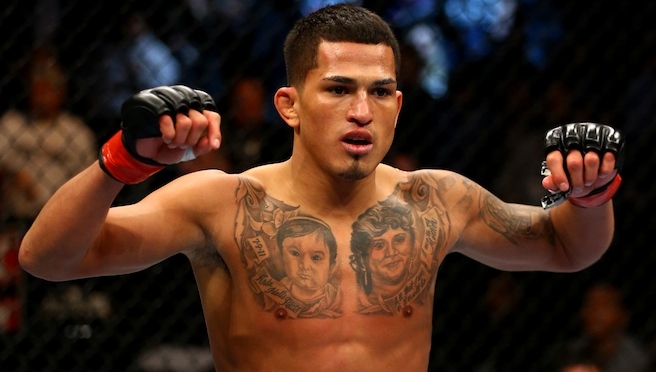 Anthony Pettis claimed his first UFC championship when he defeated Benson Henderson in the very first round at UFC 164.  Pettis will take take on Eddie Alvarez at Fight Night Boston on Jan. 17 in what should be a fight of the year candidate.

Check out the video above, and stay tuned right here at MMA Sucka for more live streams as well as videos highlighting the top fighters, commentators, coaches, promoters and other names in mma and combat sports.  You can also subscribe to our youtube channel for regular updates and all the latest fight news. You can also check out our sister site, at TheFightBuzz.com for the latest from the world of mma and other combat sports.