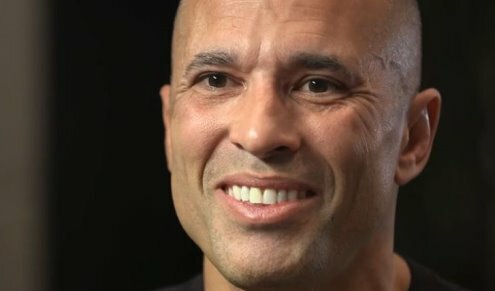 It’s hard to imagine Bellator 149 turned out the way Scott Coker had hoped. It’s not as if the bar was set very high. The main event featured two guys who first fought each other at the beginning of the (Bill) Clinton administration. Ken Shamrock was working security detail a couple years ago. Royce Gracie is dealing with the IRS over tax fraud. Both old enough to have lived through the Iran hostage crisis. The co-main, meanwhile, featured two former Miami backyard brawlers turned MMA fighters. DADA 5000 came in with two pro MMA wins over guys who may as well have been picked up off the street. Kimbo Slice, somehow the most relevant MMA fighter of the bunch, almost found himself choked out by Shamrock in his last fight in June. If there was any doubt that these two fights fell under the “freak show” definition, consider that the UFC used Gracie in one over ten years ago.

No one, including Coker and company, expected either fight to hold up against even a mid-level UFC prelim in terms of skill. But the freak-show fight is a spectacle (in a sport built on spectacle), and the avenues toward entertainment were obvious: Kimbo and DADA would recreate an underground Miami street fight with a touch of refinement; Ken would look for revenge against Royce in a fight that would look tactically similar to their first two fights in the ’90s. It’s hard to imagine anyone being disappointed so long as neither fight proved an embarrassment.

So, of course, both fights wind up embarrassments. Kimbo and DADA looked like a typical bad fight for the first eight minutes. They wore themselves out in the clinch (and one wonders how much clinchwork they put in during their camps), Kimbo got the better of the remedial game taking place on the floor, and they both threw increasingly slowing haymakers when they found themselves at distance. The absurd kicked in with 90 seconds remaining in round two. DADA grabbed Kimbo in a lazy front headlock, and Kimbo (exhausted? tactically avoiding knees to the head?) just sort of…collapses on to a knee (shooting a takedown?). DADA follows into a sort-of sprawled out position, and then literally lets Kimbo posture up enough to push DADA over and take the mount. John McCarthy stands them up 30 seconds later when Kimbo is unable to escape DADA’s clasped hands and work. The end comes 90 seconds into round three. Kimbo rocks DADA a couple times against the fence, and the latter stumbles forward three-quarters the way across the cage. Kimbo’s backpedaling throwing shots that miss before DADA takes a hard right and finds himself on the canvas in what may be the best recreation of a Punch-Out!! knockdown in combat sports history.

Thankfully, Royce and Ken finished their charade within a standard Super Bowl commercial break. They danced around each other for the first two minutes. Ken still wants nothing to do with Royce on the ground after all these years, and Royce – who didn’t tape his hands as the commentators pointed out – still can’t strike after all these years. They then get close enough to clinch and trade a couple knees back and forth. The next thing you know, Royce has the fight on the floor and Ken looks to be grabbing his groin before the fight is stopped after a short series of Royce Gracie hammerfists. Ken gets pissed, first at the referee and then at Royce, who he believes struck him in the groin on purpose. The first round of replays show Royce landing a clean knee to the head, so everyone’s thinking Ken through this fight in the most obvious way possible. Then a longer replay shows a clear infraction to the testicles, and as we head to the commercial break, we see the referee lift up both fighters hands and you wonder if there’s some sort of no contest at play. But when we return, Royce is announced as the winner and Ken has calmed down and we hear them both say a few words. It’s important to note that Shamrock has a fight scheduled with Dan Severn next month on a card that features Michael Bisping and Chael Sonnen in a grappling match, Kurt Angle pro wrestling against Rey Mysterio Jr., and Roy Jones Jr. boxing a random fan (no kidding).

With the UFC’s dominance of the market, we know Coker and company need to promote fights that can catch the public’s eye. They don’t have a roster that can compete with the UFC as a straight fight promotion, which is why we’ve seen Gracie-Shamrock, Kimbo-DADA, Kimbo-Shamrock, Ortiz-Bonnar, etc. Given the surprising (anecdotal) buzz surrounding this event, expect Bellator 149 to return a solid rating.

But you have to wonder how much long-term damage this kind of show does to the Bellator brand. The overall strategy – using aging names in varying levels of freak show attractions – to bring in viewers is sound, but tactically, Bellator 149 may turn out to be a mistake. The undercard didn’t showcase any of Bellator’s younger talent, and the featured bouts turned out so poor that Bellator risks developing the same toxic reputation as the previous regime, if for different reasons.

The freak show fight will always be a staple of Scott Coker’s playbook. He built Strikeforce on the backs of Frank Shamrock vs. Cesar Gracie and Tank Abbott vs. Paul Buentello before supplementing cards with Herschel Walker fights later on. At some point, Bellator will need to make that same transition. The company needs to build legitimate, relevant stars to headline cards and stuff the fun “featured attractions” underneath.