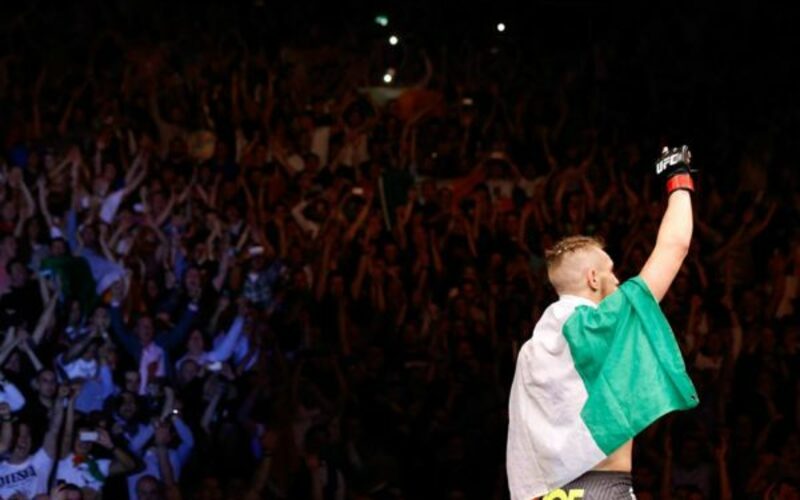 Earlier today, the UFC announced fake-real champ Daniel Cormier would defend/unify his fake-real title against real-fake champ Jon Jones. This means Conor McGregor (and, by extension, Nate Diaz, who should be flipping double birds at everyone involved in this) is officially officially off the card, completing the UFC’s plan of cutting its nose to spite its face.

If we take both parties at face value, McGregor’s off the card because he requested/demanded a reduction in promotional obligations, the UFC denied said request/demand, and then everything went to hell. McGregor, again if we take him at face value, did not want to shirk all promotional obligations. From his Facebook statement, he noted he would “fly to New York for the big press conference that was scheduled, and then I will go back into training.” While that would have meant missing the other UFC 200 press conference earlier in the week, we don’t know what else the UFC has planned between now and July 9, nor if McGregor’s request/demand meant he would ONLY do the New York presser between now and July 9.

You may be wondering how much promotion the UFC expects from its fighters. Thanks to Bloody Elbow’s John Nash, we have a good idea:

3.3 Fighter shall cooperate and assist in the advertising, publicity, and promotion of (i) the Bouts, (ii) any and all rebroadcast of the Bouts in any media whatsoever, (iii) other UFC bouts, (iv) other UFC events and broadcasts, and (v) the sale of UFC merchandise, including making appearances at a reasonable number of press conferences, interviews and other sponsorship and promotional activities (any of which may be telecast, broadcast, recorded or filmed) at times and places reasonably designated by ZUFFA, without additional compensation therefore. For such promotional activities, ZUFFA will arrange and pay for Fighter’s reasonable travel, hotel, and meal accommodations.

Now, this clause appears in the standard UFC contract, and while it’s unclear whether McGregor’s contract has the same language, it’s reasonable to assume that it does.

With that in mind, two things jump out immediately with regards to McGregor: 1) what is a “reasonable number of press conferences” and 2) what is a “reasonably designated” time and place? With the anxiety of a blanking cursor staring back at me, I can neither come up with an answer to either question nor can I fathom how one would go about doing so. And therein lies the rub; one man’s reasonable is another man’s burden.

We should also note a fighter appears at promotional events “without additional compensation.” This suggests that a fighter’s compensation for promotion is built-in to his or her purse, though this just complicates things further without a clear definition of the limits of a fighter’s promotional responsibilities.

It’s clear why the UFC words the above clause this way. It allows them to squeeze as much juice out of the promotional fruit as it can. It’s also clear why UFC fighters sign contracts with this clause. Fighters, especially those coming into the organization, have very little negotiating leverage and have very little choice if they want a chance to fight at the highest level. This is not the only clause tilted toward the UFC.

For the vast majority of UFC fighters, this clause isn’t an issue. They aren’t required to do much promotion besides the canned interviews and shadowboxing sequences recorded during fight week. In those cases, the vague, catch-all language works just fine for both sides.

But the clause does come into play for those who regularly appear on main cards, and we might expect it to continue to be an issue as they sport continues to grow and fighters become bigger stars. (This, of course, assumes that the UFC will not revert to stifling their own fighters’ star potential and/or subsequent stars of McGregor’s caliber value their own worth more like him than a sycophant like Ronda Rousey.) And in that case, you wonder if both sides wouldn’t be better off getting all this promotional business in writing. For the fighter, there’s value in knowing what’s expected of them heading in to a fight, and they could negotiate for more compensation for requests above and beyond. For the promotion, it would prevent the disaster situation that we’ve witness play out over the last few weeks.