USADA steps in to save BJ Penn’s life 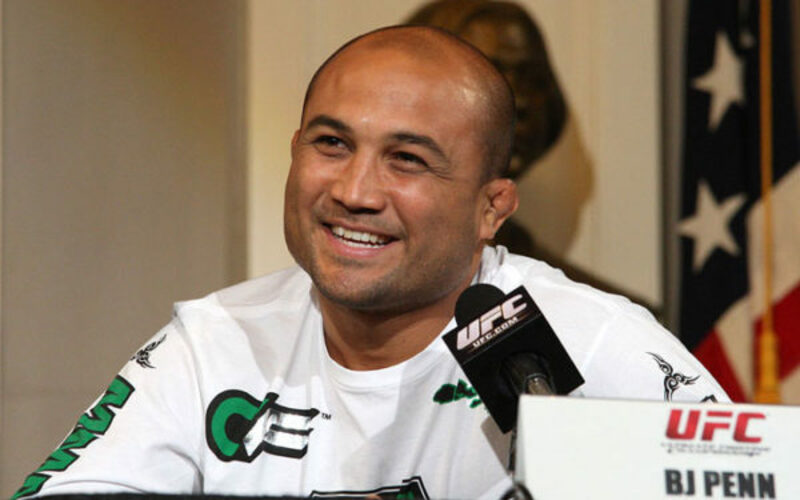 Yesterday, the UFC announced BJ Penn’s removal from his UFC 199 bout against Cole Miller due to a potential Anti-Doping Policy violation. Back in March, Penn disclosed his use of an IV in excess of 50 ml in a six-hour period. The IV ban went into effect in October.

Penn does not deny the IV use. Rather, he claims he was unaware the IV ban extended out-of-competition.

Regardless, Penn’s violation raises questions. Namely, how long has Penn been using IVs?

It’s not just Penn’s words that are incriminating, however. Take a look at his fight career. Penn competed at lightweight for the first eight fights of his career. At UFC 46, he moved up to 170 pounds and defeated Matt Hughes for the UFC welterweight title. He proceeded to leave the UFC for K-1 and took fights at both middleweight and heavyweight.

It’s clear now when looking back: Penn had a problem with IVs. How else can we explain this sudden rise in weight? Unable to keep control on his addiction, he was forced to fight well above his ideal weight class. That he found success – he went 3-1 during this time – is a testament to his prodigious talent.

Penn had to face the reality of his situation when he returned to the UFC in 2006. Thinking he was using IVs in moderation, he took welterweight fights against Georges St-Pierre and Matt Hughes. He lost both. It was at that point that Penn found the courage to face his demons and rid himself of the IVs that had plagued his career.

He won three straight fights at 155, winning the vacant lightweight title against Joe Stevenson at UFC 80 and knocking out the former champ Sean Sherk at UFC 84. It seemed like Penn had his life back on track.

But as it often is, battling addiction is not a linear proposition. Penn bounced back and forth between welterweight and lightweight as his weight bounced up and down through his use of IVs. The siren song of the saline solution constantly calling out to him.

It’s clear now that Penn is a danger to himself. His use (or, rather, abuse) of IVs has gotten to the point where he’s manipulating doctors into giving him his fix for weeklong benders.

Thankfully, Penn revealed as such to USADA during an IV stupor. And it’s clear now just why exactly these rules were set in place last year. Thankfully, the UFC and USADA have made it their mission to put fighters’ well-being above all else.

The above is pretty obviously satire, so don’t sue Michael Fagan or MMA Sucka.