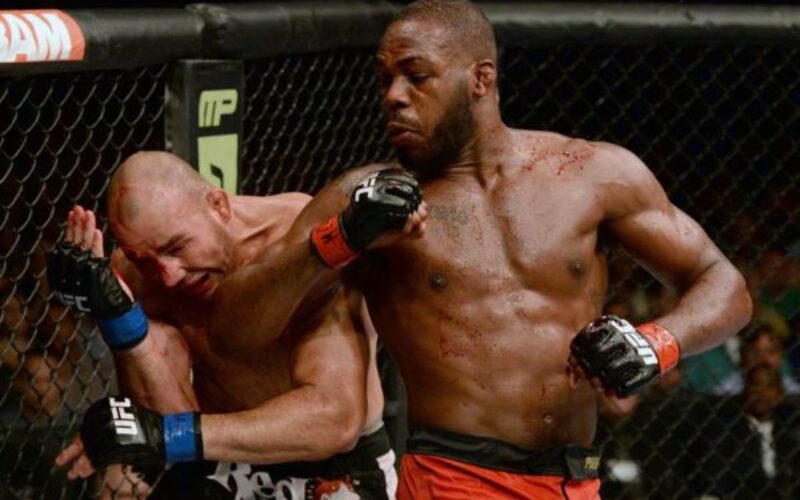 The UFC has been counting down its top 200 fighters in the lead up to UFC 200. But how can you trust the promotion to give you an unbiased list? You can’t. What follows is a completely objective ranking of the top ten fighters in UFC history.

10. Dominick Cruz (5-0 UFC) – Cruz barely edges Ronda Rousey, Tito Ortiz, and Frank Shamrock to take the ten spot. All four have glaring arguments against their inclusion on the list. Cruz and Shamrock only have five UFC fights. Rousey only has seven, and she dominated a nascent, weak division. Ortiz had a weak line of challengers during his run as champ and lost most of his biggest fights. Cruz has the best quality of competition of the four, giving him the edge.

9. Cain Velasquez (11-2 UFC) – One can make the argument that Junior dos Santos is more deserving than Velasquez. But while dos Santos is rightfully credited for his list of UFC wins, he only has one more than Velasquez in two more fights. Velasquez will likely even up the score at UFC 200, and it’s difficult to argue against the 2-1 record head-to-head.

8. Chuck Liddell (16-7 UFC) – Prior to his second loss to Quinton “Rampage” Jackson – which marked the end of Liddell’s prime – Liddell was 15-2 inside the Octagon with five straight wins in light heavyweight title fights. While Liddell never did beat Jackson, he did beat the other top light heavyweights of his era: Randy Couture, Tito Ortiz, Vitor Belfort, and Wanderlei Silva.

7. Randy Couture (16-8 UFC) – Couture lost the career series to Liddell 2-1, and he never put together a dominant title run like the other fights on this list. Yet, his accomplishments still stack up: UFC 13 tournament winner, three-time heavyweight champion, two-time light heavyweight champion, nine wins in UFC title fights, most wins in UFC heavyweight title fights. Couture managed this career by being smart and opportunistic in the fights he took, which is also what allowed him to be so successful inside the Octagon.

6. Jose Aldo (7-1 UFC) – Like Cruz, Aldo doesn’t have the same volume of fights as others on the list. But he does have a seven-fight title reign, which is good for fifth-best in UFC history. That reign included wins over Chad Mendes and Frankie Edgar, the two best non-Aldo, non-McGregor featherweights of the era. Aldo meets Edgar again at UFC 200 with the interim featherweight title on the line…which just may wind up as the proper title depending on McGregor’s career path.

4. Demetrious Johnson (12-1-1 UFC) – Johnson’s appearance on this list is surprising given the start of his UFC run: a questionable decision win over Miguel Torres, a one-sided loss to Dominick Cruz, and a majority draw against Ian McCall. Even his title win over Joseph Benavidez was by split decision. Since then? Eight straight defenses, none of which were in doubt. Oh, and he’s finished five of those fights in a division that isn’t known for it.

3. Georges St-Pierre (19-2 UFC) – You can’t hold 23-year-old St-Pierre’s loss to Matt Hughes against him in this debate (especially since he went on to avenge that loss twice). But you can hold his loss to Matt Serra against him (even though he would go on to avenge that one as well). St-Pierre would likely wind up ahead of Anderson Silva if we’re talking about MMA careers (the Chonan and Takase hurt!), but alas, only UFC careers are considered here. But what a career. St-Pierre holds the record for most wins in the UFC, most wins in UFC title fights, and, as noted, is regarded as The Greatest Welterweight of All Time.

1. Jon Jones (16-1 UFC) – While Silva holds the record for most consecutive wins in UFC history, Jones would hold that were in not for a still-frustrating DQ loss to Matt Hamill back in 2009. If we alter history just a teensy bit, Jones is 17-0 inside the Octagon. Even dealing with our actual reality, Jones has the second-most consecutive wins in UFC history, and may wind up usurping Silva anyway. Jones also fell short of Silva’s consecutive title defense record, due to his legal trouble outside the UFC. But these are mere technicalities. Jones has already made the case for being the greatest fighter in UFC history, and he has a chance to add to his legacy at UFC 200.