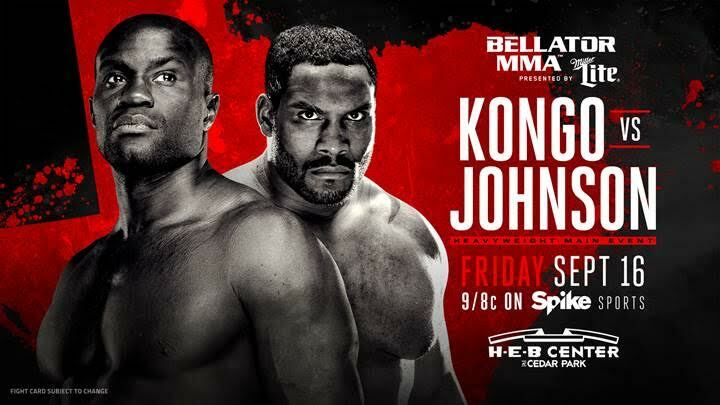 Bellator returns to Texas on September 16 with a heavyweight main event that pits UFC-veteran Cheick Kongo against Tony Johnson.

‘Bellator 161: Kongo vs. Johnson’ slated for September 16 in Texas

Kongo (24-10-2) will enter the Bellator MMA cage for the ninth time when he takes on Johnson, and his third-straight main event with the promotion. Since entering the Viacom-owned company in 2013, Kongo has amassed a record of 6-2, including his current two-fight win streak.

Johnson (10-2) is currently riding a three-fight win streak, with two of those wins taking place under the Bellator MMA banner. In his last outing he stopped surging heavyweight Raphael Butler less than a minute shy of the final bell. In the fight before that he defeated former champion Alexander Volkov by split decision. in his Bellator debut in 2011, he picked up a decision victory over Derrick Lewis.

‘Bellator 161: Kongo vs. Johnson’ will take place on September 16 at the H-E-C Center in Cedar Park, Texas, which is just a short drive from Austin. No other bouts for the card have been announced.

With Bellator MMA heavyweight champion Vitaly Minakov recently getting stripped of his title, there’s no doubt that this is a very important fight for the Bellator heavyweight division. Winner may very well fight for the vacant belt. 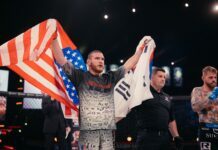