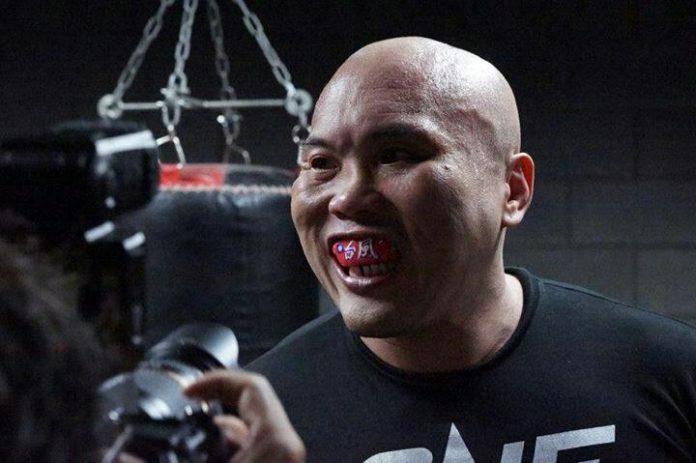 Throughout my life I have seen and felt many incredible things and feelings through sports. I have also experienced some of the worst disappointments in my life. For every win people don’t see the hard work and dedication involved, and for every loss people don’t see the dark times many athletes go through. Today, I want to share with you one of the most memorable MMA experiences of my life – both good and bad through my eyes.

It was the spring of 2014 and I was given an incredible opportunity by ONE Championship to fight in my home town, Taipei, Taiwan where I was born and raised until I was 9 years old. I was so excited, as I’ve had a fantastic year coming off my first upset win in Manila, finished filming Night at the Museum 3 and had just gotten back from Dublin shooting a short film. I was, however, coming off two surgeries for my detached retina in my left eye.

Training camp was going well and I had a fantastic media tour in Taiwan courtesy of ONE championship promoting the fight against Egyptian fighter Mahmoud “Hell Boy” Hassan. Everything was going according to plan and I was confident that I would have a great performance in front of my home crowd of Taipei.

It was the first time a major MMA event was happening in my country and it was going to be the first time my mom was going to see me compete in MMA, along with much of my family and loved ones. To say the least I was beyond excited for this day. I still feel the effects of the events that occurred to me the weekend of July 11, 2014.

I felt like I was waiting for this moment my whole life and I was excited to go leave for Taiwan but for the first time in my fight career I had to separate my two dogs at the time Ninja my pitty (Pitbull) and out little brown Chihuahua, Cee Lo because my girlfriend was coming to support me in the fight of my life. Little did I know our lives were going to be changed forever after this weekend. 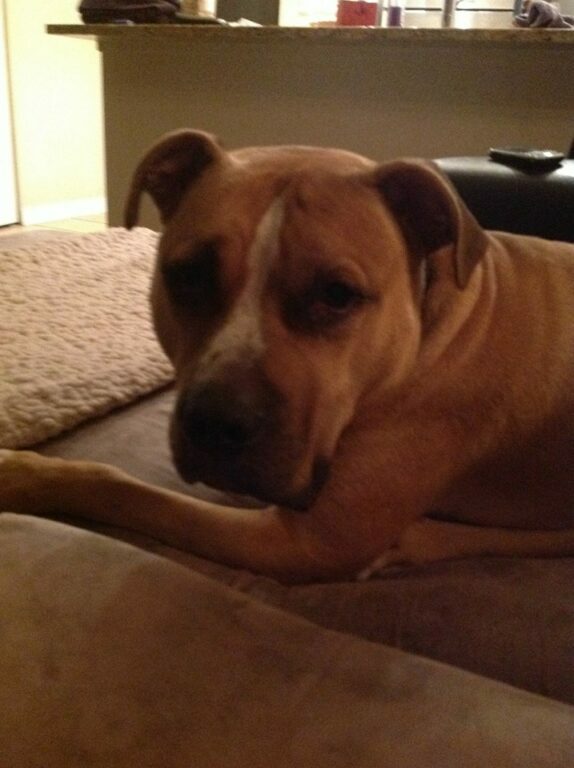 As usual my Coach Sal accompanied on the initial part of the trip and my girlfriend was going meet us a few days later. We got to Taipei and everything was going according to plan and after about two days in Taipei, my girlfriend got in and was staying with my family. The night before weigh-ins everyone around me was acting a bit weird. I was not thinking anything out of the ordinary, but I felt something was wrong. Then the news came that my dog Ninja was really sick and was staying over night at the animal hospital and things were getting worst — I was worried. Nobody filled me in on the details, as I was still focused on the fight. An hour or so before weigh-ins my coach Sal, who owns Ninja’s dad filled me in on what was happen.

My dog was super sick and my girlfriend’s mom was on the way to put the dog down, as my bills at the emergency vet was getting ridiculous. Well over five thousand dollars at that point.

Ninja was my first ever pet and my best friend for the past seven years. My girlfriend had a melt down as we didn’t have the money and we were both over seas. I basically had a melt down before weigh-ins and almost didn’t want to fight. But realized I needed to win this fight to pay the vet bill, as it was incurring over thousands a day. Most up and coming fighters are usually financially strapped. This was my case – I invested money in my camp and living expenses and was looking forward to my fight purse. But now I realized I have to win to save my best friend. What was my dream day had started to become a nightmare and I still had to yet face my opponent. Things were starting to get worse and worse. I was not in a good state of mind and basically initiated a fight on the stage. I put my forehead on my opponent Hassan’s head, and things almost got out of hand.

The next 24 hours was nerve-racking. The bill was up to over 7-thousand dollars and I didn’t know how to pay the bills. Then, a miracle happened. My friend Sarah and Richard stepped-up and paid the 7-thousand dollars, plus any additional expenses, and therefore the hospital would continue to treat my Ninja as I refused to put him down. I’ll never forget what they did for me that day and I’m eternally grateful. I put a message on Facebook, several of my friends went to visit and I was at ease for the moment. I realized the only option I had was to win this fight for our Ninja. I didn’t care about anything else at that point. I don’t think I ever felt so much pressure in my life, as I was fighting in my home country in front all my family and loved ones – most importantly the life of our Ninja.

Fight Day came around. Earlier in the week, a Warrior Bonus of $50,000 was announced by the boss Victor Cui for best overall performance. I knew I needed the bonus because I didn’t know how far these vet bills were going to go. My girlfriend booked a flight back the day after the fight to go and get him out of the emergency room and things got even crazier. I’m not sure if the people reading this saw what happened during the fight but here is the synopsis. I broke my right orbital 20 seconds in to the fight as Hassan clipped me with a right hand. I was in trouble, but when you fight for something you love, the human spirit will push you further than you realize your mind and body can go. As I mentioned earlier, my left retina was detached during the filming of NATM3 and my retina was repaired twice and was held together with oil and a special contact so I can be cleared to fight. I’m not sure if anyone has had this procedure done, but it affects your vision and just my luck, my right orbital was broken and I was fighting that beast with half an eye. I’m not making any excuses for my performance, I was in a dog fight like never before. This fight became war and in my mind I would rather die than quit. The fight lasted 10 minutes and Hassan couldn’t continue to the third round and I ended up winning by TKO. Both of us had to go to the hospital. Just to be honest I was never the same after this fight. I felt like I left a piece of my soul in that circle cage. Thanks Mahmoud for the great competition and just want to let u know I respect you a lot, brother.

At the hospital, things got hectic. There were a lot of brutal fights on the card, and many of the warriors had injuries. My hat is off to all the guys that competed that night. The main event was even crazier than my fight – needless to say I didn’t win the money and spent 3 days in hospital. I never said much about my stay in the hospital, but I wanted to thank my girlfriend Kelsey for staying with me and being selfless to take care of Ninja. Thank you to Nick for being a true friend and dealing with that difficult situation overseas. I couldn’t imagine watching two things you love injured and sick. It’s a bit late, but Thank You. I also wanted to thank my coach, Sal,for telling me the truth.My corner guys Gary and Chris keep my head in the game. I want to thank my family and fans for supporting me trough that experience. Lastly to all my friends that helped out and visited Ninja. A special thanks to Karen, Sarah and Richard for helping me out financially, at my time of need, and all those who visited Ninja.I got to see my boy again, and he passed away suddenly August 1, 2014. After all the sadness passed, I still think about that week. But that experience has taught me a lot about love, and how the human spirit can overcome the most difficult times and obstacles.

The next year didn’t go so well for me. I struggled financially, my relationship with my girlfriend was over, both my dogs passed and I suffered an injury and had to pull out of a fight. Fast forward to December 11th, 2015, I got the call I dreamed of; a shot at the ONE Championship title against Brendon “The Truth” Vera, on less than a weeks notice in Manila. I wasn’t close to being ready, but life is what it is sometimes. I walked in to the MOA arena in front the 20 thousand people with Ninja and Cee lo collars in my hand, said a prayer, and looked up in the heavens. The fight ended quickly, and it probably wasn’t the best fight for me to take. But looking back, I felt God and my guys kept me safe that night. ONE championship boss Victor Cui even gave me my win bonus and I really appreciated that gesture. I retired the next day and haven’t competed in the cage since.

On a bright note after all that sadness and struggle passed, I got to live out some of my greatest moments. These moments include; got to accomplish a childhood dream to tryout for the WWE, and my acting stunt career has gone well. I even got to play pro football again for the Beijing Lions in the CAFL. We went undefeated and won the 1st ever championship. Life might be a struggle and sadness might consume us but don’t quit. I promise there will be a better day that lies ahead – who knows, maybe I even got some gas left for a return to MMA. Lol…

RIP Ninja. Thanks for inspiring me in my life, and I will live to the fullest till I see you again. My friend.