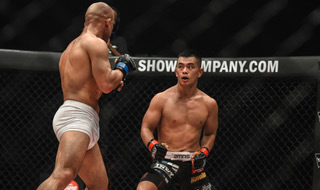 ONE Championship 52 (ONE: Throne of Tigers) took place on February 10, 2017 and featured a main event that had people clamoring. Featherweight’s Ev Ting took on veteran Kamal Shalorus in the featured bout of the evening.

In a bout that fans were excited about, Movlid Khaibulaev vs. Herbert Burns definitely delivered. The Russian undefeated fighter showcased his striking prowess and was able to utilize his ground and pound against the Brazilian Jiu-Jitsu ace, Burns to secure a unanimous decision from the judges.