“The Smiling Assassin” Pongsiri Mitsatit is one of the most promising prospects in ONE Championship’s strawweight division.

At only 20 years old, the Team Quest Thailand product holds a spotless 7-0 record with six of those wins coming in the first round, and plans to extend his unbeaten streak on Saturday Night, 11 March, at ONE: WARRIOR KINGDOM.

He will kick off the preliminary portion of the event when he squares off against Filipino wushu champion Rabin “The Rock” Catalan in front of his countrymen at the Impact Arena in Bangkok, Thailand.

Mitsatit, a Northern Thailand Muay Thai champion who has been steadily improving his ground game, wants to set the pace for the night’s activities. He aims to make a statement no one will soon forget, and stop Catalan with a highlight-reel finish via strikes. 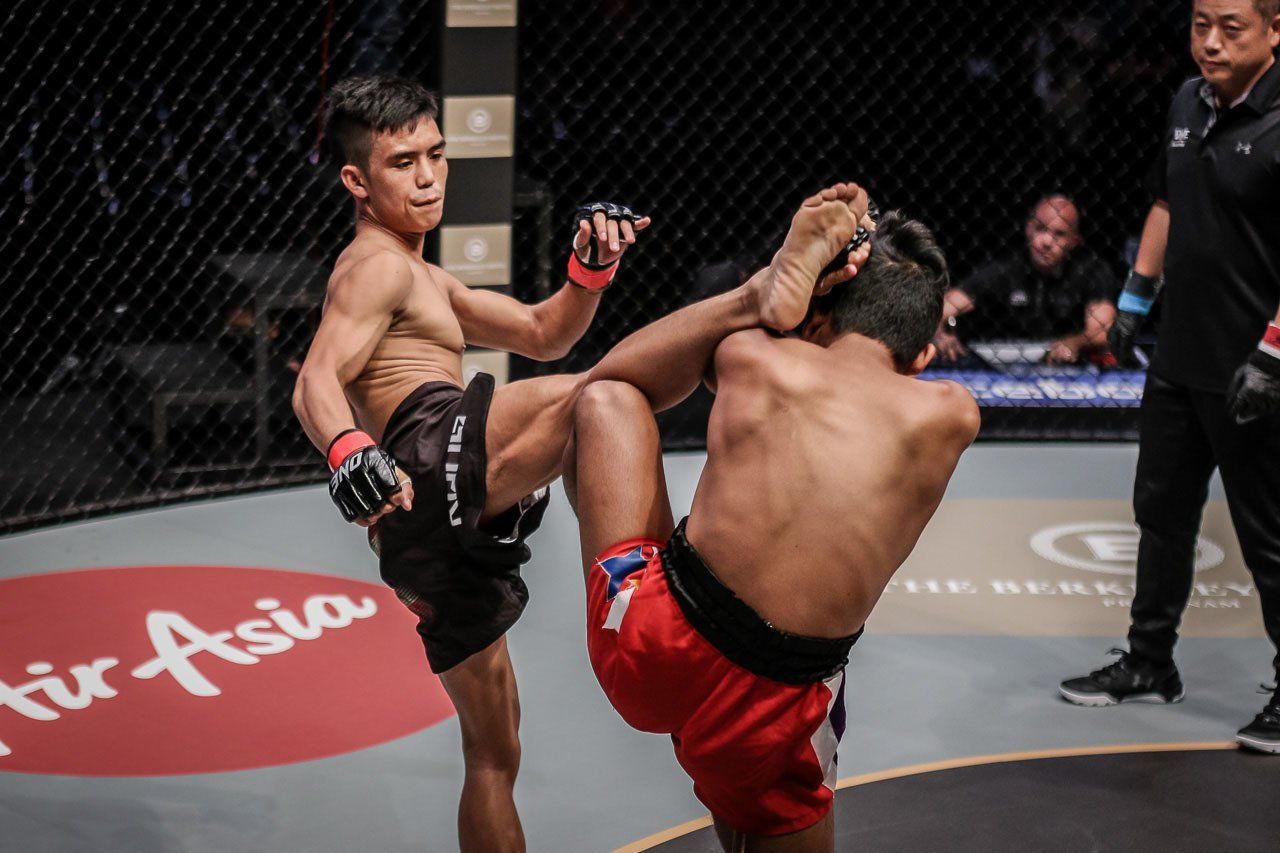 The Chiang Mai native started his martial arts journey at the age of 14, picking up Muay Thai because he was a smaller kid who was picked on and bullied by others. Soon, he excelled in the discipline, and wanted to take his game to the next level. But still looked upon as a child in his parents’ eyes, they did not allow him to compete professionally.

“The Smiling Assassin” experienced quite a bit of success in this regard, eventually winning the Loh Kroh Stadium Championship and becoming a Chiang Mai provincial champion.

Though he loved Muay Thai and was teaching the “art of eight limbs” at Team Quest Thailand, the allure of MMA was too strong as the sport exploded in popularity around Asia. He appreciated the techniques and sportsmanship he saw on display, and wanted to make the transition.

But again, his family was not initially comfortable with the idea. They felt the injury rate in MMA would be very high and worried about their young son.

“At first, my family did not allow me to do it,” he says. “But when I explained to my family that the referee would stop the fight before any serious injuries could happen, they gave in. They realized it was safer than Muay Thai.” 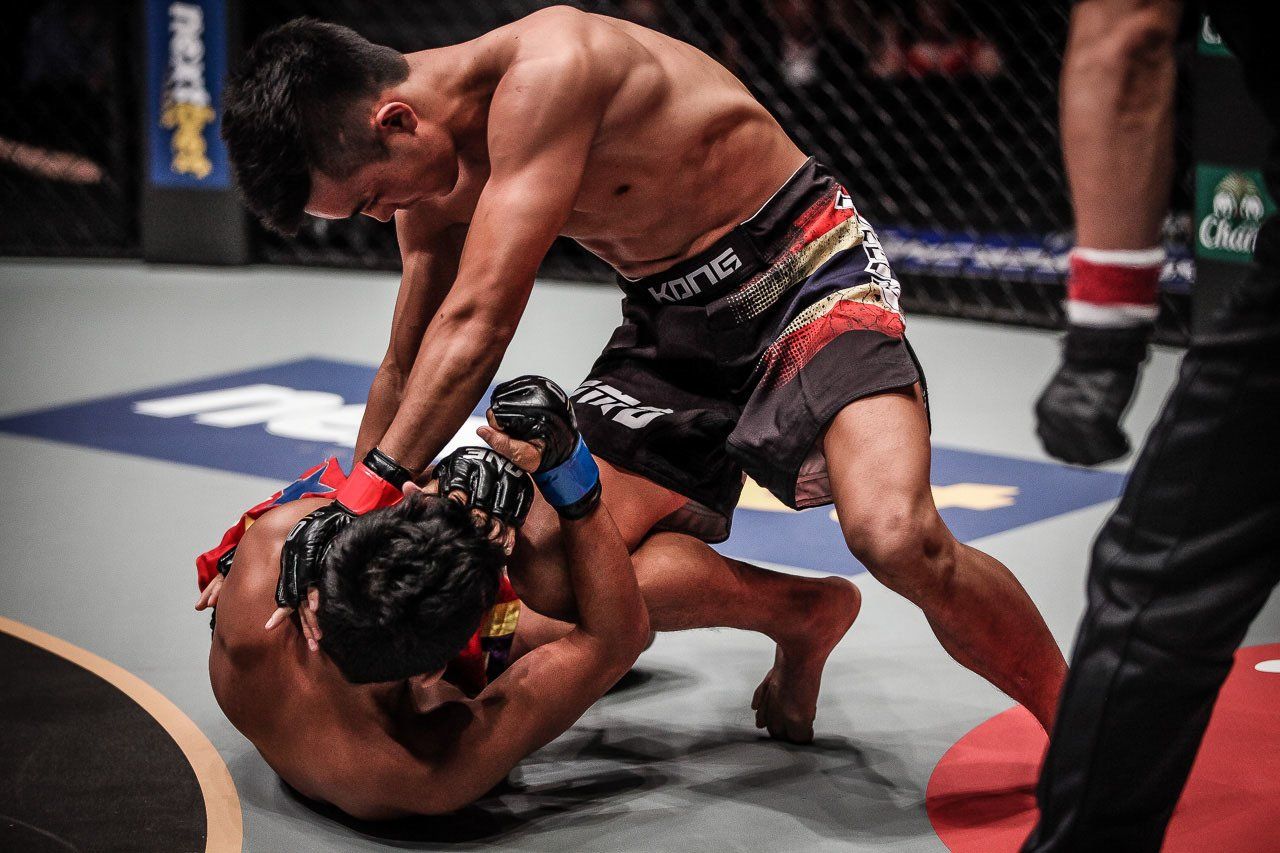 Mitsatit began training in all aspects of the MMA game in 2014 and needless to say, he had a seamless transition. By June, he had made his professional debut and recorded a first-round TKO. A month later, he fought again, and showed his diversity by winning via guillotine choke in the first round.

From there, he competed in local Thai promotion Full Metal Dojo, where he won his next four fights, three of which he finished by strikes in the first round.

The Smiling Assassin signed with ONE soon thereafter, and made his promotional debut at ONE: KINGDOM OF CHAMPIONS last May. Though he was incredibly nervous and afraid of losing, he dominated Myanmar strawweight Ye Thway Ne, ending the contest via TKO in just two-and-a-half minutes.

On Saturday Night, 11 March, he will return to the cage and face a stiffer test in Catalan (4-2). Like Mitsatit, the 30-year-old Filipino is a striking specialist who has a background in Muay Thai, but is also a national wushu champion in the Philippines.

Catalan is seeking his first win in ONE, having lost his promotional debut to ex-title challenger Joshua Pacio last April at ONE: GLOBAL RIVALS. This time around, Mitsatit is not nervous, nor is he afraid. To him, it is business as usual. Although this match will be his first in ten months, he hopes to remain more active in 2017, and if possible, secure a title shot.

“I would like to fight two or three times this year and become the strawweight champion hopefully this year,” he states.

Whether that happens for sure or not remains to be seen. For now, “the Smiling Assassin” is focused on the task at hand, and he has all the motivation and support in the world from his now-number one fans.

“I fight for my family,” he says, proudly, “and to make sure their lives are better than ever.”

Janet Todd On All Kickboxing, Muay Thai Contenders: ‘I Welcome The Challenge’

Jessica Rose Clark Looking to Bounce Back at UFC 276