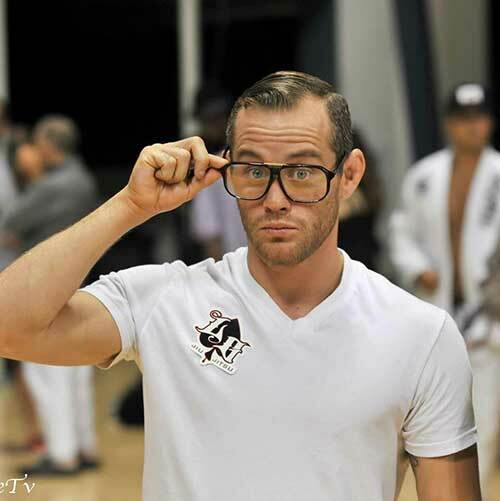 Veteran BJJ black belt Jeff Glover has a challenge and for an unlikely candidate–Bryan Callen.

The first, was when Glover saw Callen on The Joe Rogan Experience.

This dude Byran is a fool

The inventor of The Donkey Guard once again took to Instagram to talk about Callen.

In his final video for Callen, Glover questions whether he’s being duped or he could be a pretty good actor. He didn’t realize he was 50 and made his final case for a jiu-jitsu challenge.

Glover has competed twice in 2017 and came up short in both. He grappled UFC featherweight Chad Mendes at SUG3 and lost via rear-naked choke in Overtime and lose a referee decision to Augusto Mendes at Fight to Win Pro 25.