How Yoel Romero Could Lead to the Fall of the UFC 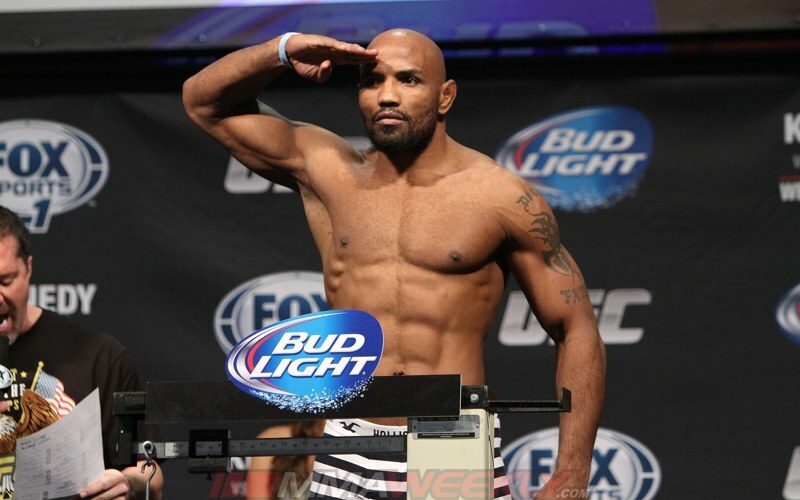 Georges St-Pierre recently announced his return to the UFC after a hiatus that lasted over three years. St-Pierre was immediately gifted a shot at Michael Bisping’s middleweight title and, which rightfully outraged multiple fighters.

St-Pierre not only jumped multiple fighters for a title shot, but he did so in a totally different division. Chris Weidman, Gegard Mousasi, Ronaldo Souza, Luke Rockhold, and Yoel Romero deserve a shot at the belt more than a man who has not set foot in the Octagon since a controversial victory over Johny Hendricks.

Romero, the true number one contender was livid. He felt that he deserved and earned the title shot. The Soldier of God has not lost in the UFC, with victories over prominent fighters such as Lyoto Machida, Ronaldo Souza, and Chris Weidman.

The American Top Team talent was angry that the UFC booked GSP vs. Bisping, but he came up with a plan. He proposed that the UFC pit the Soldier of God against arguably the greatest mixed martial artist of all time, Anderson Silva. It took the UFC less than a day to completely ignore Romero and schedule “The Spider” to face Kelvin Gastelum instead.

Romero is nearing the end of his professional career. At 39-years-old, he has a long and impressive resume that spans wrestling and mixed martial arts. He knows that he likely only has a few years left in his prime at most, which is a leading reason for his push for a title shot.

The UFC failed to grant Romero his title shot. While this seems like just another money fight, this can have major implications for the UFC. Other organizations such as Bellator are beginning to become legitimate competitors and can overtake the UFC if they continue to treat their fighters this way.

Lately, Bellator has some impressive additions to their roster. Former UFC title challengers such as Quinton “Rampage” Jackson, Benson Henderson, and Rory MacDonald crossed into Bellator and made a name for themselves there. Ryan Bader is the latest free agent who will likely to join Bellator. Dana White even publicly said that Bader belongs in Bellator, a surprising statement to say about any fighter, let alone a top contender still in his prime.

As more fighters realize that there are real opportunities out there besides the UFC, they will drift to other promotions. Yoel Romero can become a huge player in that.

If Romero decides to go on a tirade blasting the UFC’s behavior, it would be a huge blow to the promotion. Fighters could band together behind the Soldier of God and condemn the UFC. Mark Hunt tried to create a fighters union and the UFC punished him and even threatened to cut Hunt from the roster if he did not accept the bout against Alistair Overeem. There is a major difference with Yoel Romero though. Hunt is not a title contender, nor is he one of the scariest men on the planet at this point in his career. Romero viciously knocked out former champion Chris Weidman with a ridiculous flying knee and would likely be the favorite against Michael Bisping or any middleweight in the UFC.

The UFC cannot afford to lose Romero. He is a very popular fighter who is incredibly talented and could easily legitimize a rival organization to compete with the UFC on a level the UFC is not ready for. The UFC must give Romero whatever he wants, or they may face the scariest middleweight on the planet.

Daniel Cohen is studying Psychology at the University of Florida and is aspiring to work as a hospital administrator. Daniel is a fan of the New York Yankees, Pittsburgh Steelers, New York Knicks, Florida Gators, and anything UFC.