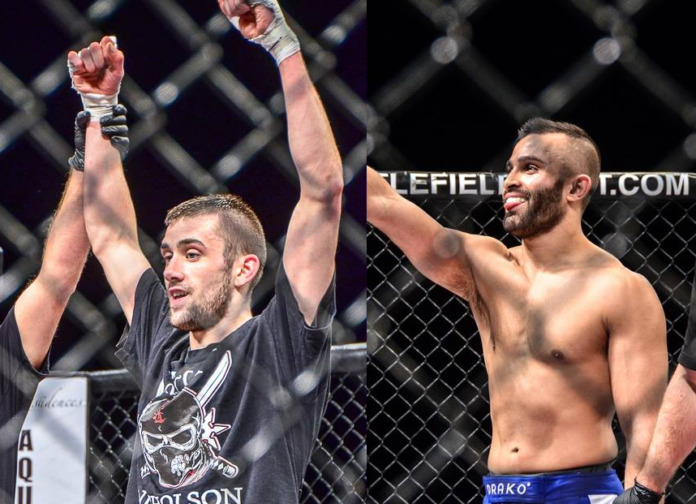 A bantamweight tussle has been set for BFL 48, as Tylor Nicholson clashes with Craig Maclean in the evening’s co-main event.

Nicholson (0-0) has been itching to make his professional MMA debut, however two cancelled bouts later and it has still yet to happen. After a rough start to the Titan MMA‘s amateur career, he finished it off on a four-fight winning streak, which included winning the BFL amateur bantamweight championship.

Maclean (1-1) is coming off a loss to Nick Ghaeni in his second professional bout at BFL 40, which took place in November 2015. Since that loss, the Revolution MMA product has yet to re-enter the cage. He has had fights lined up, but for one reason or another, all four of them have fallen through. The 29-year-old also held the BFL bantamweight title during his amateur tenure.

Nicholson and Maclean have fought in the past. It was Nicholson’s third amateur bout and he took the fight on short notice. Maclean was able to finish the fight in the first round with strikes at Warpath MMA 7.

The aforementioned bout took place in 2012, so it will be exciting to see how far these two warriors have come in their MMA careers.

BFL 48 goes down on April 29 from the Hard Rock Casino in Coquitlam, B.C. In the main event, heavyweight champion Arjan Bhullar will square off in his toughest test to date against veteran Joe Yager.

For tickets check out BFLtix.com.