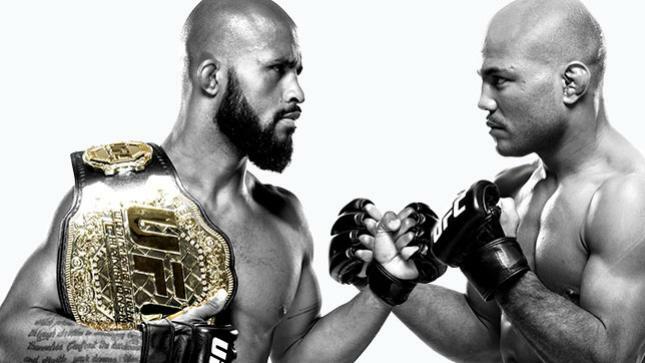 On Saturday evening, the UFC heads to the Sprint Center in Kansas City, Mo and MMASucka.com will have UFC on FOX 24 results for you all night long.

The main event features the pound for pound king, Demetrious Johnson, as he puts his UFC flyweight title on the line against Wilson Reis. The two were originally scheduled to fight at UFC 201 in July of last year, however “Mighty Mouse” was forced to withdraw due to an undisclosed training injury.

“The Karate Hottie” Michelle Waterson will step inside the Octagon in the co-main event against Rose Namajunas. The four fight main card is round out by middleweights Ronaldo Souza vs. Robert Whittaker and featherweights Renato Moicano vs. Jeremy Stephens.

Check out full UFC on FOX 24 results below.