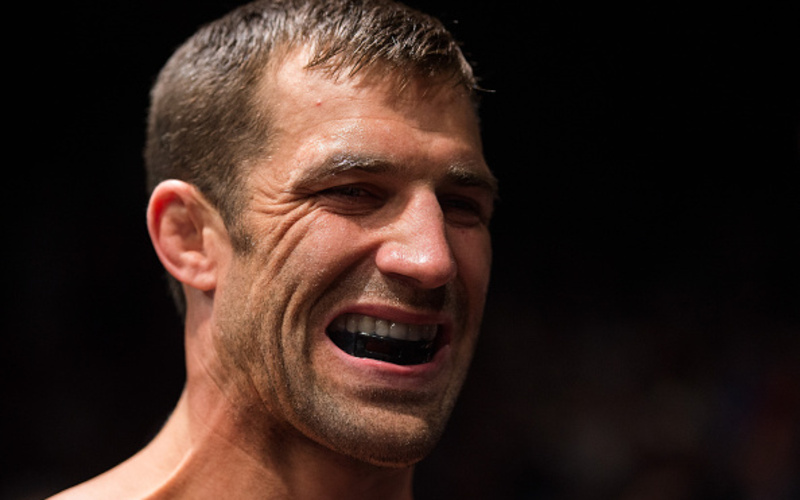 Just two days after UFC President Dana White scrapped plans for Michael Bisping to fight Georges St-Pierre and set up the match between Bisping and Yoel Romero, another contender has surfaced and called for his next shot. Luke Rockhold would like to return and take on Gegard Mousasi in July.

The former middleweight champion took to his Instagram account (see below) to stake his claim on Mousasi.

Rockhold (15-3) hasn’t fought since he lost the belt to Bisping at UFC 199 last June. He has made it crystal clear of his displeasure for the promotion ever since they announced the GSP vs. Bisping bout, but if they turn things around and put Romero in there then he could sing a different tune.

Mousasi (42–6–2) is riding an impressive five-fight winning streak. He has beaten four of the five by knockout and most recently finished former champion Chris Weidman at UFC 210 in April.

Keep it locked to MMASucka.com for more on Rockhold vs. Mousasi and all your MMA news.

NGLEWOOD, CA – JUNE 04: Luke Rockhold prepares to enter the Octagon before facing Michael Bisping in their middleweight championship bout during the UFC 199 event at The Forum on June 4, 2016 in Inglewood, California. (Photo by Brandon Magnus/Zuffa LLC/Zuffa LLC via Getty Images)