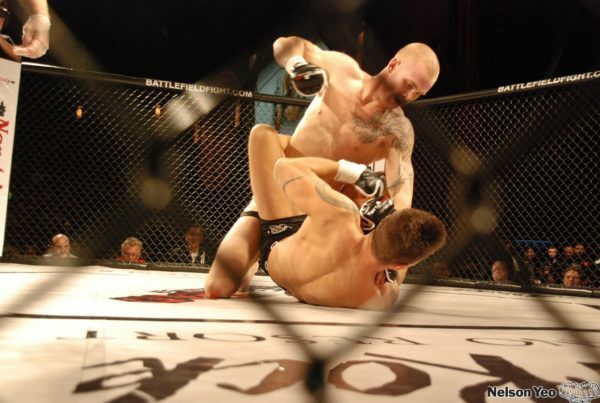 All the talk from the local community is about the historic BFL 50 event on July 8, but BFL 49 goes down just 14-days prior to the big show on June 24. The isn’t the closest together two BFL cards have been. Back in 2010, the company did back to back shows, just seven days apart from each other.

BFL 3, which we featured in our second moment, went down at the River Rock Casino on October 15 and had 13-fights on the stacked card. The main event was the inaugural welterweight championship, as Jacen Brooks defeated Sean Zubor. The co-main event was a battle between Justin Lansing and Hunter Orgill, with Lansing pulling of the Submission of the Night early in round one. Also featured on the card was Jeremy Kennedy vs. the late Cam Deleurme, with Deleurme pulling out a split decision victory. Current fan favorite Ash Mashreghi, also made his debut on this fight card.

BFL 4 took place just one week later, on October 22 from the Edgewater Casino in Downtown Vancouver. Former UFC fighter Matt Dwyer took on Yusuf Njie in the main event, with Dwyer finishing Njie in the third round. The 11-fight card featured Ben Cote vs. Stu Deleurme in the co-main event and Stu TKO’d Ben in the second round. Other notable names on the card were Micah Brakefield, Andre Da Silva, Oren Hanscomb, David Kennedy and Eli Wyse.

With these two shows being as successful as they were, one can only dream as to what BFL 49 and 50 will bring us.