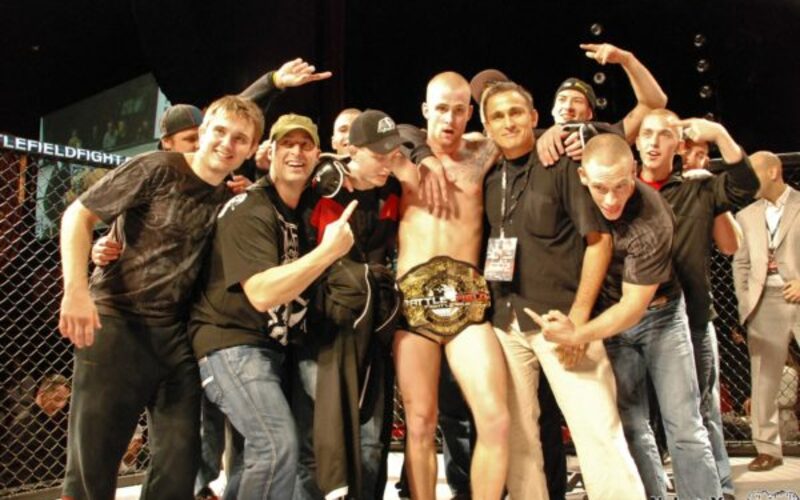 After two successful events, Battlefield Fight League felt like it was time to crown their first champion.

At BFL 3, Jacen Brooks took on Sean Zubor in the main event for the promotions amateur welterweight title.

Brooks fought at BFL 1, where he finished Clay Ayres in the first round by TKO. Zubor fought on that same card and fell short to Matt Dwyer via rear-naked choke.

Both went on to fight at BFL 2 as well. Brooks took on Dwyer in the co-main event and won a split decision, while Zubor earned a split decision victory against Nick Austin.

With an undefeated record of 3-0, Brooks earned himself the shot at gold. Zubor was 3-1 and BFL felt he was deserving to be Brooks’ opponent.

The fight didn’t last long. “The Juggernaut” was able to finish Zubor just over two minutes into the first round with a very tight triangle choke.

That choke sealed the deal and wrapped the first BFL belt around his waist.

Brooks went on to be the first man to defend his title as well. At BFL 5, he fought Ash Mashreghi in the co-main event and won with strikes in the first round.

The champ went on to win one professional fight and has since hung up the gloves.

Check back tomorrow for our third of our 50 most memorable BFL moments.