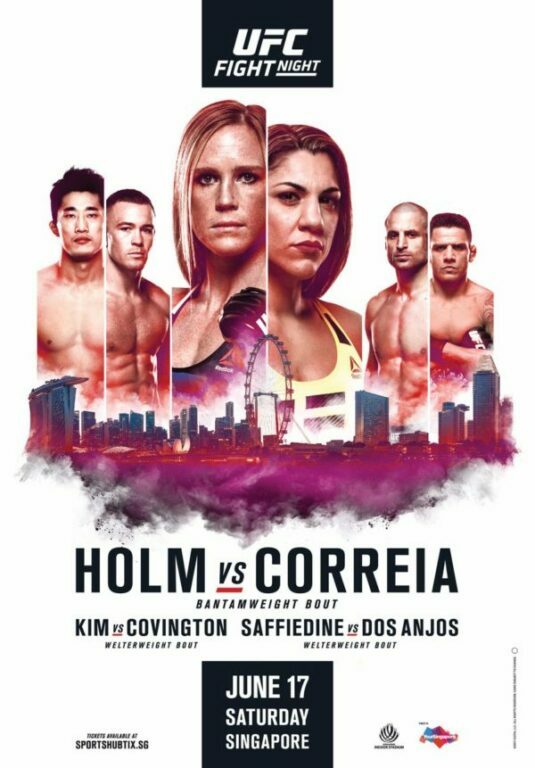 UFC Fight Night 111 goes down this Saturday from the Singapore Indoor Stadium in Kalang, Singapore. From the top down, this card is filled with fighters looking to re-establish themselves. For those with poor choice in walkout music, I’m here to help. As MMASucka.com’s resident musicologist, I can offer suggestions that will help fighters further stand out from the pack with a unique walkout song. I’m even posting them here for you, the discerning fans’, consideration. So, without further ado, here… We… Go!

What she walked out to last time: “Titanium” – David Guetta feat. Sia

What she should walk out to next: “Ms. New Booty” – Bubba Sparxxx feat. Ying Yang Twins & Mr. Collipark

Besides her somewhat repellent on-mic personality, one thing the Bethe Correia is known for is shaking her groove thing. So, instead of walking out to just another limp house song, it’s time for “Pitbull“ to walk out to something that’s a little more on-brand. A song that emphasizes and encourages the shaking of one’s rear would help further set Bethe apart from the pack. That song is “Ms. New Booty” from Bubba Sparxxx with Ying Yang Twins and Mr. Collipark. You’ll know if when you listen below.

What he walked out to last: “End of the Day” – P. Wallace

What he should walk out to next: “Who Shot Ya?” – Living Color

Walt “The Big Ticket” Harris is known for his powerful KO shots, not his entrance music. In fact, his walkout song is so obscure that it can’t be found on Youtube. So, perhaps it’s time to go with something a little easier to identify and identify him with. Rockers Living Color did a cover of The Notorious B.I.G.’s “Who Shot Ya” that may be just what the doctor ordered. After all, it fits for a guy whose punches must feel like taking a shotgun slug to the jaw. Listen below.

Keep it locked to MMASucka.com for more on UFC Fight Night 111 and other MMA events!