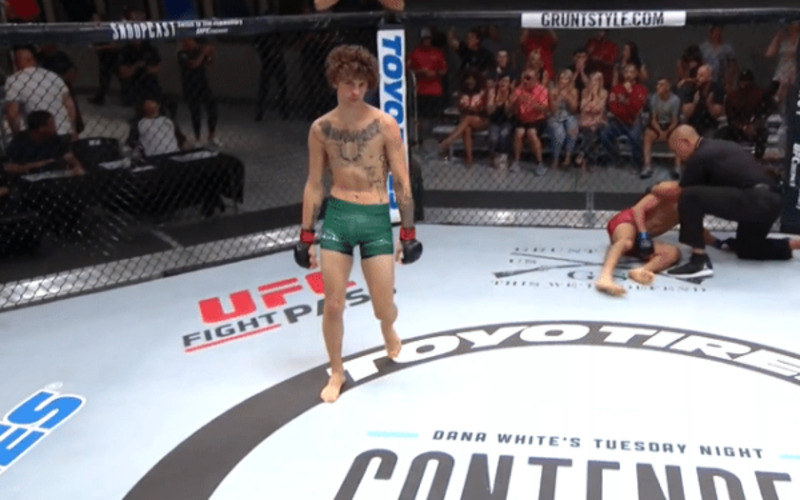 Week 2 of the Tuesday Night Contender Series was another good one. The night was filled with some impressive showing, but as of now only one was good enough to earn a UFC contract, it seems.

Congrats to @sugaseanmma on his impressive KO win… and UFC contract! Welcome to the Big League! #ContenderSeries pic.twitter.com/TvDYJPB9YJ

“Sugar” Sean O’Malley (8-0) is no stranger to highlight-reel knockouts, and he continued that trend tonight. He took on Glendale Fighting Club athlete Alfred Khashakyan (8-4) in the night’s co-main event.

Both men are known for their striking, and it showed in this fight. The two brawled early with both men landing some huge shots on the feet. In the end, with about 45 seconds remaining in the first round, O’Malley connected with a piston-like straight right-hand and finished Khashakyan.

No insider info, but we're pretty damn sure that Sean O'Malley is getting a @UFC contract from the bossman shortly #ContenderSeries pic.twitter.com/IublPjQYwj

The fight and finish had UFC President Dana White on his feet, which all-but confirmed the eventual signing before it was made official.

The MMA Lab product Sean O’Malley was given the Contender Series fight following a KOTY-contender against David Nuzzo under the LFA banner.

Though O’Malley certainly earned it, at least one other fighter really made a statement tonight. And that fighter was Thanh Le who scored a vicious headkick KO vs. Lazar Stojadinovic. However, he has not been signed as of yet which many people find quite odd.

How does this not earn you a contract? #DWTNCS pic.twitter.com/yUGtGe3Qhz