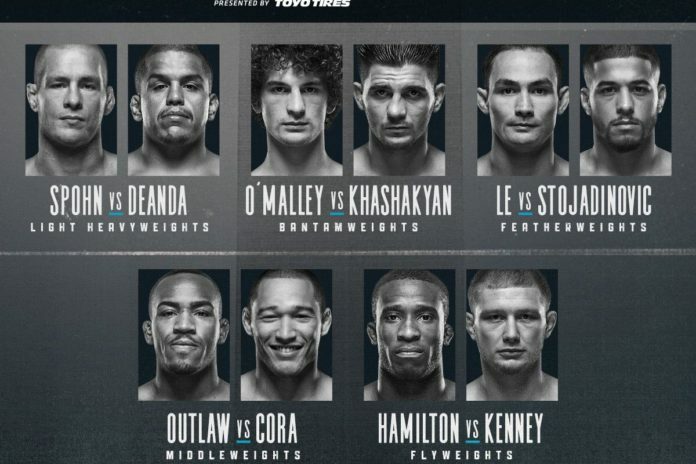 Week 1 was a success, now on to Week 2 of Tuesday Night Contender Series.

In the co-main event, bantamweight KO artists “Sugar” Sean O’Malley and “The Fearless” Alfred Khashakyan will do battle. Khashakyan defended his CXF bantamweight title with a quick first-round knockout against UFC-veteran Chris Beal in December. O’Malley won his last fight with a highlight-reel spinning back-kick KO under the LFA banner.

Those are two of the five fights on what is a prospect-filled card. Check out the entire card below!