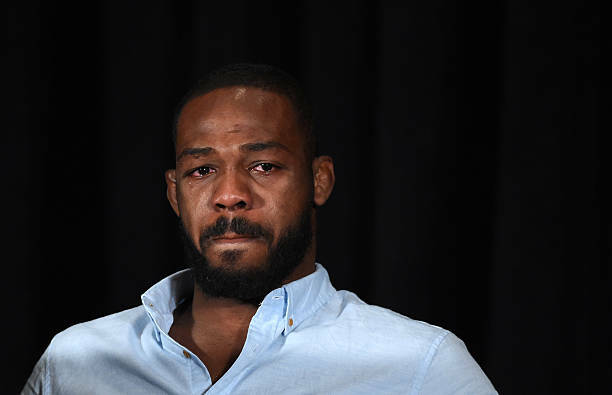 It has been two and a half years since Jon Jones and Daniel Cormier first locked crosshairs. After some tumultuous times for Jones, and stacking up victories in the light heavyweight division for Cormier, the two will meet once again in the main event at UFC 214.

In anticipation of the big fight, lets look back at the past three years and what it looked like for both Jones and Cormier.

A TIMELINE LEADING UP TO UFC 214

September 23, 2014 – Jones was fined $50,000 by the Nevada Athletic Commission. He was asked to do 40 hours of community service in Las Vegas for his role in the Cormier skirmish.

January 3, 2015 – Jones earned a unanimous decision against Cormier in the main event of UFC 182.

January 6, 2015 – Jones tested positive for cocaine metabolites during an out-of-competition drug test prior to UFC 182 and checked into a rehab facility.

April 27, 2015 – After a hit and run that left a pregnant woman injured, Jones turned himself in to Albuquerque police. It was later revealed that hee fled from the scene and marijuana was found in his vehicle.

April 28, 2015 – Jones was stripped of his UFC title and suspended indefinitely by the UFC.

May 23, 2015 – Cormier defeated Anthony Johnson for the vacated title via rear-naked choke, and was crowned the new UFC light heavyweight champion

September 29, 2015 – Jones pleaded guilty to a charge of leaving the scene of an accident involving injury. He had to serve 18 months of supervised probation.

March 29, 2016 – Jones was booked into county jail in Albuquerque for violating his probation, as he was accused of drag racing and given a number of citations.

April 23, 2016 – Jones returned to competition and won the interim UFC 205 pound title by defeating Ovince Saint Preux in the main event of UFC 197.

July 6, 2016 – Jones was flagged by USADA for a potential doping violation, and was pulled from his UFC 200 main event bout with Cormier.