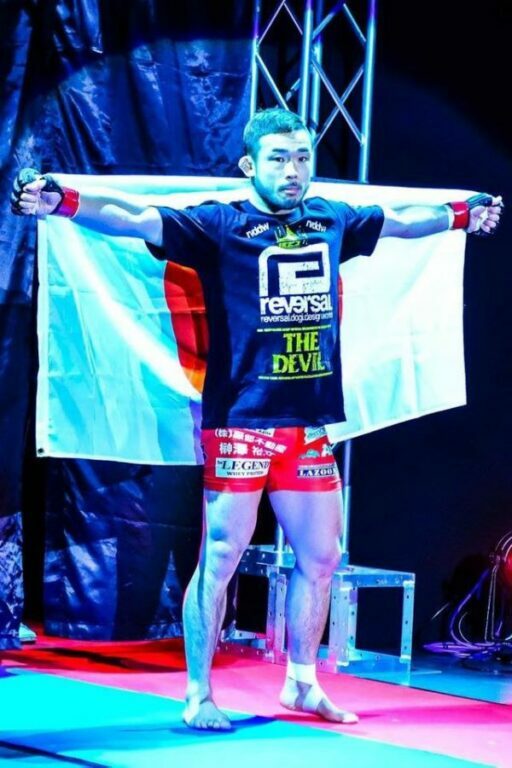 TUF 24 Finalist Hiromasa Ogibuko was hoping to fight on the UFC Fight Night 117 card in Japan, but it sadly sounds as though he will not get his wish.

In the meantime, he has signed on to defend his Shooto Flyweight Championship against Tadaaki “Onibozu” Yamamoto.

Hiromasa had this to say:

“On October 15th (Sunday) at the Maihama Amphitheatre I’ll be having a Shooto belt defence fight. My opponent is Onibouzu.

I really wanted to be on the UFC Japan card but it’s already been decided so I’m going to put it all on the line and knock down Onibouzu.

Looking forward to your support!”

Ogikubo (16-3-2) heads into this title defense having won six-straight, not including his TUF 24 run. In April of this year, he returned to the Shooto promotion for the first time in a year. He comfortably defeated three-fight UFC veteran Danny Martinez by unanimous decision.

Ogikubo won the title prior to joining the TUF 24 season, and while on the show, he quickly became one of the seasons elite. Ogikubo was seeded #5 and picked up wins over #12 Nkazimulo Zulu and #13 Adam Antolin. Those wins earned him a semifinal fight against the #1 seed; Alejandre Pantoja. Ogikubo won the fight and was inserted in the finals. He lost a unanimous decision to Tim Elliot and was shockingly not brought into the UFC.

Yamamoto (15-8-3) has also won six-straight, all in the span of the past year and a half. The Gonz Gym affiliate fights out of Kobe, Japan. Just last month, he took out the then undefeated Hayato Ishii. Prior to this, he picked up back-to-back KO wins against Japanese-vets Fumihiro Kitahara and Taku Kajikawa. The 31-year-old enters the biggest fight of his life whilst on the best run of his mixed martial arts career.

This Shooto show is set to take place on October 15 at the Maihama Amphitheater in Urayasu, Chiba, Japan. This is the second title fight added to the card which is only four-fights deep as of writing this.