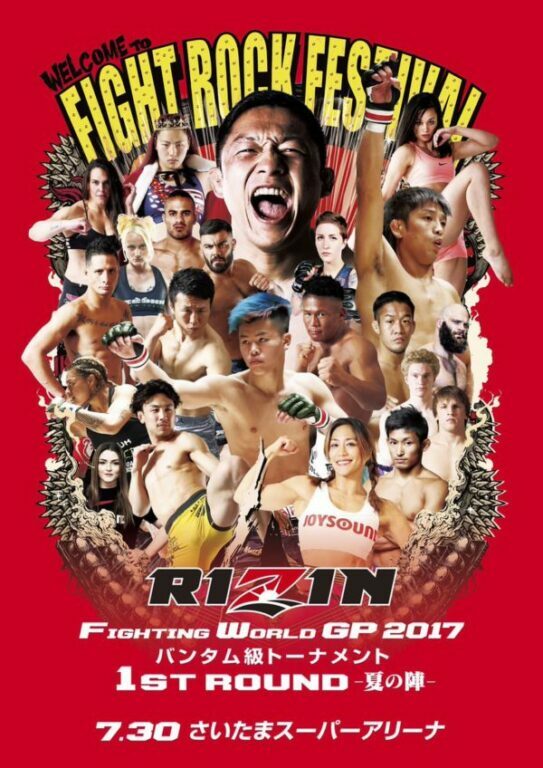 At around 1am ET on July 30, RIZIN returns with the first round of their stacked bantamweight grand-prix. In that tournament, we will see elite flyweight Kyoji Horiguchi, Japanese-vet Hideo Tokoro, and former MFC champion Anthony Birchak.

The three tournament fights aren’t the only thing this card has going for it, though. It is a fantastic fight card from top-to-bottom. Heavyweight powerhouse Amir Aliakbari will return to action, as will top-notch lightweight fighters Yusuke Yachi and Satoru Kitaoka. Gabi Garcia will also return to the RIZIN ring. Miyu Yamamoto is set to return, as is Reina Miura. The card will also feature an incredible special rules bout between elite strikers Tenshin Nasukawa and Kizaemon Saiga.

Watch the fights via FITE TV right here on MMASucka.com!

Check out the full fight card below which will be updated with the live results as the fights take place.