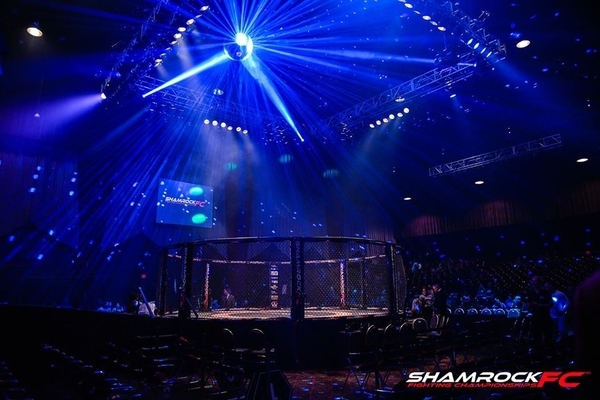 Shamrock FC revealed, in an August 1 press release, that the promotion has an agreement in place with Bellator MMA that designates a path for the Midwest promotion’s athletes to reach one of the premier MMA organizations in the world.

Shamrock FC CEO Jesse Finney said that the terms of his agreement with Bellator CEO Scott Coker are simple: if a fighter in Finney’s promotion successfully wins and defends a professional title, he or she is given the option to accept a “multi-fight deal” with Bellator.

“I’ve known Scott Coker for many years now. We used to work together with Strikeforce,” Finney told MMASucka. “The relationship is [based around] Coker and I. Bellator is thriving and looking for young new talent. If we can help them do that, that’s great,” said Finney.

When it comes to former Shamrock fighters that have reached Bellator, the names include Bobby Brents, Rebecca Ruth, Joaquin Buckley, Jordan Howard and Rudy Bears.

Finney confirmed that the agreement between him and Coker has been in place for about two or three years, but he has opted to “never really put it out there.”

That has now changed. With the serious strides that the 20-year-old promotion has made over the past couple of years, including a recent television deal, Finney said that the time seemed right to promote the connection between Shamrock FC and Bellator.

Finney was adamant about the quality of fighters that were given the chance to move from Shamrock FC to Bellator, and noted that any athlete getting a title shot in his promotion has earned it. “We’re a very old school organization,” he said. “We make our fighters earn their titles. If you fight for Shamrock FC, you’re going to earn your titles in the professional and amateur ranks.”

When it comes time for Shamrock FC to bid adieu to its championship talent, Finney compared the feeling to that of a proud papa. “That’s the happiest part,” Finney said of his promotion’s alum being signed to Bellator. “We can provide fighters the platform to go get rich and famous. I love it when they move on. If they fought with us, they’ve earned it.”

Finney was adamant about the quality of fighters that were given the chance to move from Shamrock FC to Bellator.

The gentlemen’s agreement between Finney and Coker is reminiscent of the relationship that Titan FC CEO Jeff Aronson feels there is between his promotion and the UFC. The question that MMA fans may now consider is: who will be the next generation of talent from Shamrock FC to make the leap to Bellator?

Zak Bucia will have the next opportunity to do so. As Finney confirmed that Bucia will defend his Shamrock FC welterweight title against Aaron Highfill on Sept. 22. If Bucia wins the bout, he’ll have the chance to accept a Bellator contract. Highfill and Sean Woodson are two other Shamrock fighters that Finney said to keep an eye out for.

“I feel Coker has enough trust in me that I’ll send him quality, tough guys,” Finney said. “If I can help fighters find a good home and help my friend and mentor, Scott Coker, why not?”