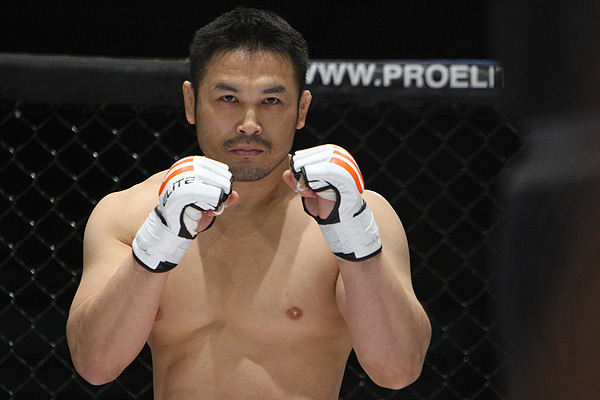 Minowa Man knocked out Kim Hoon in his 100th fight at ROAD FC 13. He has gone 2-2 in ROAD FC and will now face a fellow veteran of the sport from glory days one decade past.

Yoon Dong-Sik (9-9, Yoojeong Trade) also needs no introduction. After becoming an international Judo champion, he began his MMA career in none other than Pride. Yoon has fought Sakuraba, Rampage, Bustamante, Melvin Manhoef, Gegard Mousasi, and Tarec Saffiedine during his time in Pride, K-1 and Dream.

Yoon began his resurgence at ROAD FC 16 and has since gone 2-2 which included a shot to be the next Middleweight contender.

Minowa Man versus “Dongbar” Yoon will see two legendary grappling MMA warriors face off for the first time in over ten years of competition.