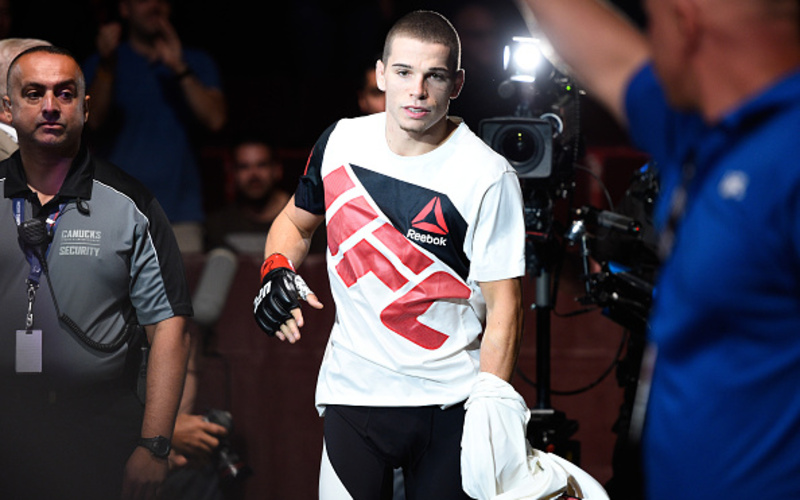 Undefeated Canadian featherweight Jeremy Kennedy takes to the skies again. He will head to Sydney, Australia to take on Alex Volkanovski.

The bout was announced on Wednesday afternoon by Australia’s The Daily Telegraph.

Kennedy (11-0) is undefeated in his professional career and 3-0 inside the UFC Octagon. Most recently, “JBC” took on Kyle Bochniak in Long Island. The Revolution Fight Team product earned a decisive unanimous decision victory.

Volkanovski (15-1) is on a twelve-fight winning streak, which includes a few titles along the way. The Australian is 2-0 inside the UFC Octagon, with victories over Yusuke Kasuya and Mizuto Hirota.

UFC Fight Night 121 goes down on November 19 (airs in the U.S. on Nov. 18 due to time difference) from the Qudos Bank Arena in Sydney, Australia. The main event is a heavyweight tussle between Mark Hunt and Marcin Tybura.

Check out the current UFC Fight Night 121 fight card below.