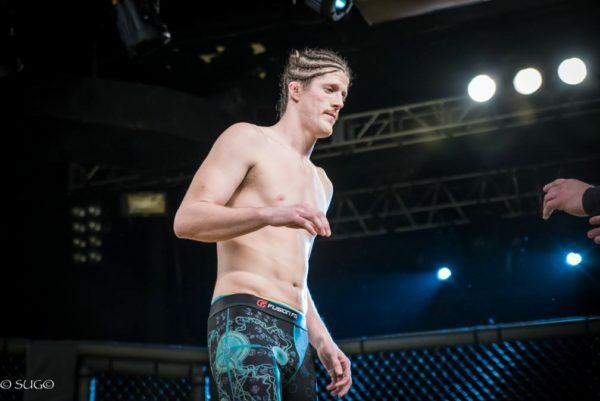 CANUSA teammates, Micah Brakefield and Daniel Swain have a pair of matches at Destiny MMA in Hawaii on October 7.

Brakefield will drop down to 170-pounds to take on Johnavan Visante and Swain will be taking on Toby Misech in featherweight action.

Brakefield (6-7) is getting back into MMA action for the first time in over a year, as he has focussed on grappling super-fights. In his most recent bout, ‘Mitey’ lost to Mariusz Ksiazkiewicz at Prestige FC 2 in March 2016. Prior to the match-up in Hawaii, Brakefield will take to the Submission Underground cage on October 1 at SUG 5. Visante (7-9) is also riding a two-fight losing skid and a lengthy layoff. Most recently lost to Alan Arzeno at Mixed Striking Championship 2 in July 2015.

The Destiny event goes down on October 7 from the Blaisdell Arena in Honolulu, Hawaii.