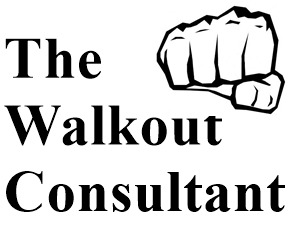 UFC 215 goes down live this Saturday, September 9th, at the Rogers Centre in Edmonton, AB, Canada. On a card that has been lambasted for a lack of star power, it provides the up-and-coming fighters there a chance to stand out. With Reebok removing individuality through appearance for most UFC competitors, there are few ways left to make an impact. One of the ways a fighter can set themselves apart is through unique, brand-enhancing walkout music. That’s where I come in, as MMASucka.com’s resident musicologist. With my knowledge of a wide variety of music, I can help these wayward athletes find a way to imprint themselves on the collective consciousness of the UFC’s fanbase. I’m even doing it publicly for you, the fans, to enjoy. So, without further ado, here… We… Go!

What she last walked out to: Unknown (per MMAJunkie.com’s “Fight Tracks”)

What she should walk out to next: “Corrode the Black Sun” – Venom Prison

If you needed a word to describe Ketlen “Fenomeno” Vieira, I would recommend “Gritty.” The undefeated Brazilian badass is not above grinding opponents into dust. However, her previous walkouts have not captured that. Whether it was her unknown walkout from UFC on FOX 24, or the melodromatic jingoism/evangelism of Anderson Friere that she walked out to at UFC Fight Night 94, it seems incongruous. So, perhaps something that is in tune with the brutality and scrappiness she brings to the cage might be in order. That something is “Corrode the Black Sun” by UK death metallers Venom Prison. Listening to the song instantly brought to mind the harshness that Vieira brings with her to the cage. You can listen below and let it hit you.

What she last walked out to: “All About That Bass” – Megan Trainor

What she should walk out to next: “The Distance” – Cake

The past couple of years have been a struggle for Sarah “Cheesecake” Moras. Whether it’s the UFC’s poor pay structure, inconsistencies with her day job, or injuries, fate seems to be conspiring against her. But here she is, ready to finally step back into the cage, over 2 years since her last bout. So, a cutesy song about positive body image may not be the best choice for her after all her struggles. So, what would better suit the good lady Moras? I would suggest “The Distance” by Cake, a song about continuing on in the face of insurmountable odds, even if its in an obsessive fashion. Listen below.

Keep it locked to MMASucka.com for more on UFC 215 and other upcoming events!