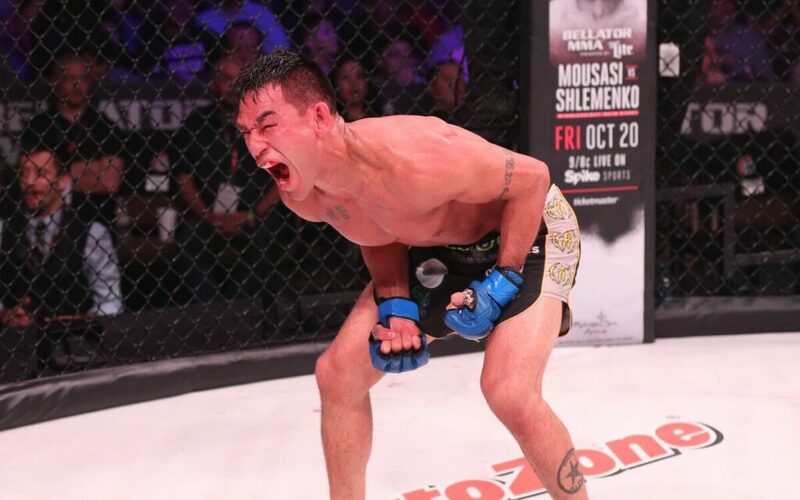 After a couple weeks away, Bellator MMA returned to Thackerville, Oklahoma with a solid fight card at the WinStar World Casino.

It was a very solid night of action, especially for the lighter weights. We saw a breakout performance from some, some solid return to form for others, and a new champion was crowned.

def. Daniel Straus via Submission in Round 3 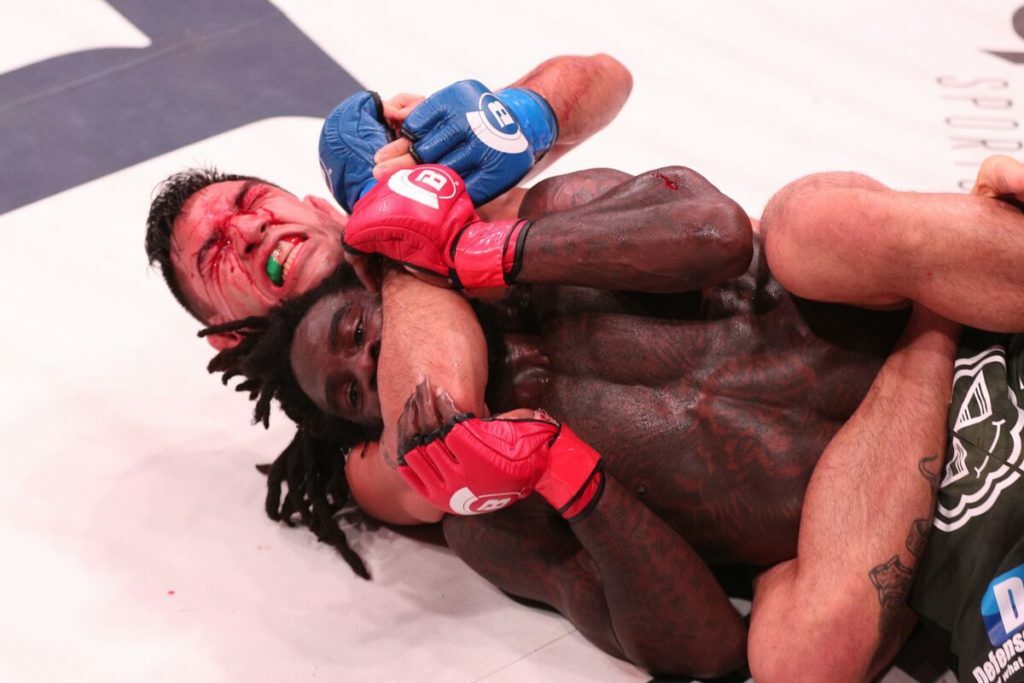 The #1 and #2 picks here could be swapped, to be honest. But ultimately, I decided to go with this for the best moment & performance from Bellator 184.

27-year-old Sanchez has been rising up the ranks since finishing Stephen Banaszak at Bellator 128 in 2014. Since that fight, he has a very impressive 8-2 record under the Bellator MMA banner.

Opposite him was Daniel Straus. The multi-time featherweight champion was looking to rebound from losing the title to Patricio Pitbull at Bellator 178.

Sanchez attempted multiple submissions in round one, but Straus proved to be game as expected. The two provided excellent scrambles on the ground before Sanchez began to take over in round two. It was more of the same from round one, but on top of some good grappling from both, Sanchez also got a very solid top position on Straus and landed some nasty ground and pound towards the end of the round.

Daniel Straus came out looking for takedowns immediately in round one, but ultimately this was his downfall. He got his takedown, but it took Sanchez very little time to tie Straus up in a triangle. He forced the very recent featherweight champion to tap.

This was the first finish for Sanchez since his 2014 Bellator debut vs. Banaszak. This was his third win in-a-row, as he previously defeated former bantamweight champion Marcos Galvao and former WSOF Featherweight Champion; Georgi Karakhanyan.

“Since I signed with Bellator I’ve always taken on everyone Scott Coker has put in front of me. Nothing is changing now, so tell me, who’s next? It doesn’t matter what weight class, or who it is, I’ll fight anyone.”

Prior to last night, Straus had only lost to Patricio Pitbull and Pat Curran while under the Bellator MMA banner. So Sanchez joins some very, very good company.

Though nothing is a guarantee, I think it’s safe to say Sanchez has earned himself the next title shot at featherweight after Freire/Weichel II goes down. “El Matador” has shown flashes of brilliance throughout his 10-fight Bellator run, but this is undoubtedly his true breakout performance. 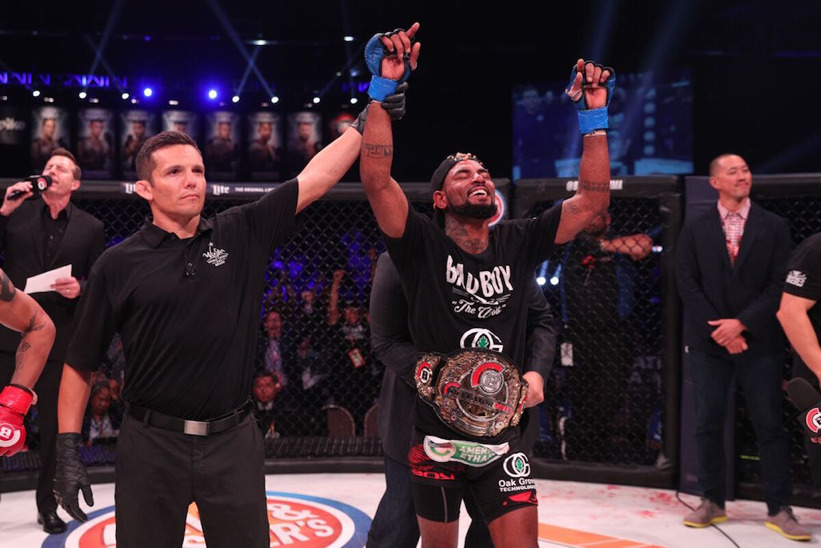 I won’t lie, it feels kind of wrong to have such a solid title-winning performance at #2 on this list. But as I said above, if swapped; I would 100% understand the reasoning. It is not intended as disrespect or haste of any kind towards the new Bellator MMA Bantamweight Champion; Darrion “The Wolf” Caldwell.

Eduardo Dantas entered the fight as the defending bantamweight champion, during his second run with the title. His only loss under the Bellator MMA banner was to Joe Warren, in a fight where he lost the title during his first run as champion following two successful title defenses.

Caldwell rebounded from a massive upset loss to Joe Taimanglo last year by avenging that loss to Taimanglo in December. That fight ultimately earned him a title fight for April, but he was forced out due to injury. Dantas instead faced a debuting Leandro Higo in a non-title fight while dates were being figured out for the Caldwell fight.

The fight happened, and the underdog shocked many. Very early on, Caldwell took Dantas to Suplex City in a similar fashion to when he fought Joe Warren in his big breakout performance last year.

In round two, Caldwell showed off some drastically improved striking and dropped Dantas with a step-in left elbow.

There were some great scrambles in the fight which provided Dantas with a few opportunities to make something happen, but he never fully pulled the trigger when given the chance.

Despite many, many fence grabs from the defending champion, Eduardo Dantas was barely ever given a warning. Even after the blatant fence grabs, Caldwell still managed to outwork Dantas and he was crowned the new Bellator MMA Bantamweight Champion.

“I have been waiting for this moment for my whole life. Darrion Caldwell is the Bellator bantamweight champion, that has a nice ring to it, doesn’t it? I want to be an active champion, I want to bring some prestige to this belt. You’ll be hearing from me very soon.”

Some people have said it was a somewhat uneventful fight, but regardless; it is impossible to not respect Darrion Caldwell. The longtime prospect has undeniably lived up to and made good on all those expectations. 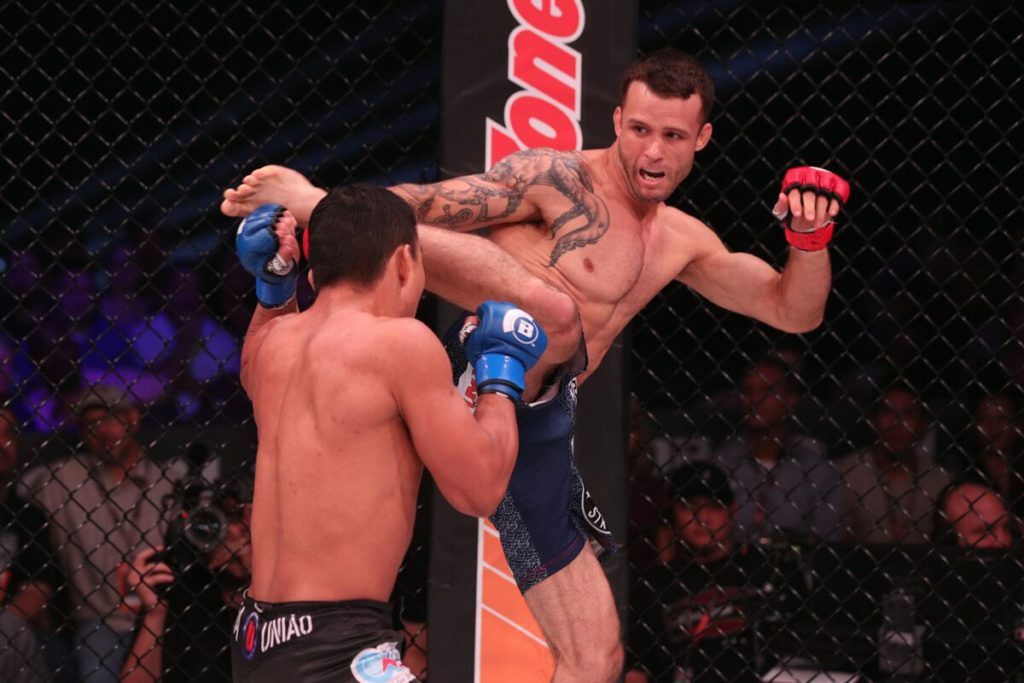 Pat Curran has been a Bellator mainstay since way back in 2010 when he faced Mike Ricci at Bellator 14. He has since amassed a record of 13-4 in the Bellator cage, picking up two world title along the way.

He took a much-needed year and a half off following his last win, and it really did him good. Last night he returned against a very dangerous John “Macapa” Teixeira and looked great.

It was a fantastic showing from Curran, who has now won three-straight since consecutive decision losses to Patricio Pitbull and Daniel Weichel. This is two-straight losses for Teixeira, who had previously not been defeated since a split decision loss to Hugo Viana at UFC 147 in 2012.

“It felt so great to get back inside the Bellator cage. This was the calmest, most composed I’ve ever felt while competing. Now, one job is done and I can focus on my other. But let me make one thing clear, I want that belt.” 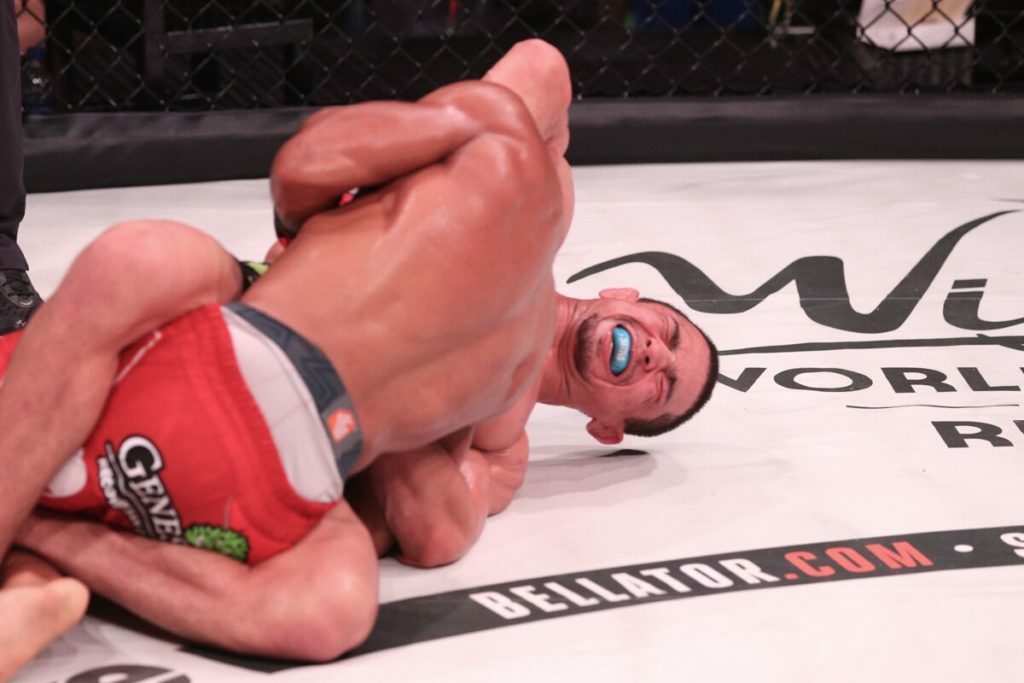 Leandro Higo made his Bellator MMA debut on short-notice in a non-title fight against then-champion Eduardo Dantas at Bellator 177 in Budapest, Hungary this past April.

Higo replaced an injured Darrion Caldwell and looked pretty great despite the short notice. The fight was a bit uneventful, but many feel like the fighters (and fans) were robbed of what could have been an incredible five-rounder.

He looked to earn his first Bellator win against the only man to defeat Darrion Caldwell, one of the most underrated bantamweights in the world; Joe Taimanglo.

The fight was in no way one-sided, but Higo earned a very deserved win. He showed great striking per usual, connecting cleanly on Taimanglo multiple times in striking exchanges.

These 👊🏻👊🏻 led to a @LeandroHigoMMA unanimous decision victory to lead off #Bellator184 pic.twitter.com/mOvPddivWn

“Tonight was my first step towards getting back to where I belong. During my debut, I was filling in on short notice and unfortunately missed weight. For this fight, I made sure to come in at 135-pounds to show my commitment to becoming a world champion. It doesn’t matter who wins tonight’s main event, the bantamweight belt will be mine.”

It would not be the most shocking thing to see Higo earn a shot at new champion Darrion Caldwell in the near future. 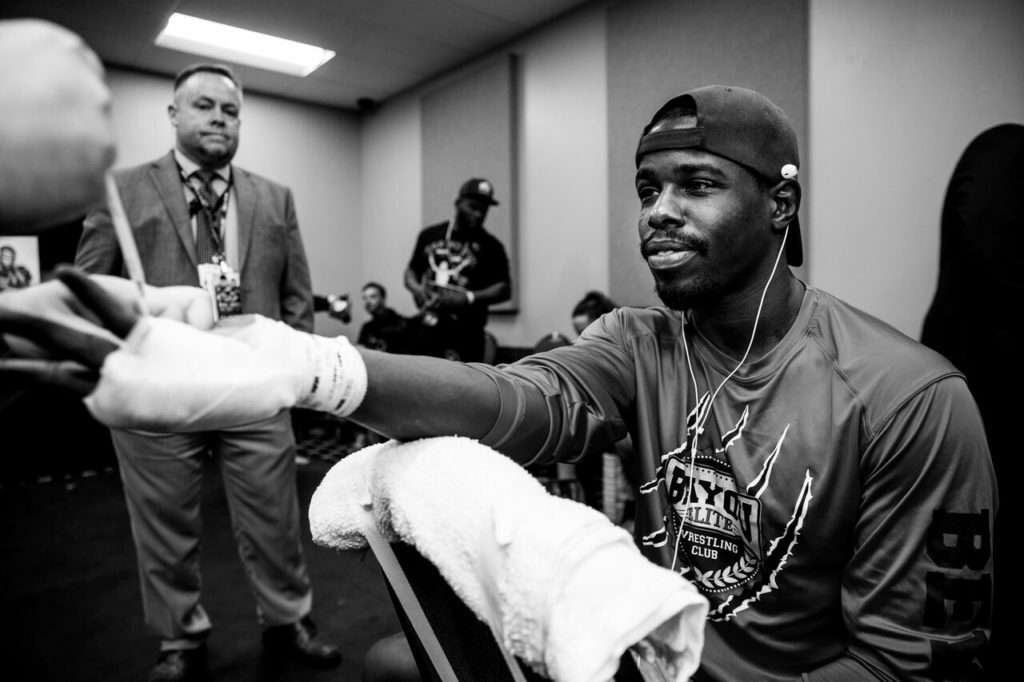 It was a battle of the undefeated lightweights when 7-0 Banks took on 8-0 Kozola.

Despite both having flawless record, the hype was primarily on Kozola, as he was riding high following a 28-second KO on the Bellator 175 main card in March.

Following the win, Kozola called for a fight against the soon-to-be debuting Dillon Danis. When it was announced he would be facing Carrington Banks, many were quick to assume Kozola would pick up another quick KO. That was not the case.

The Blackzilian fighter dominated the “Thunder Beast” Steve Kozola from pillar to post. With eight fights and eight devastating finishes prior, many assumed Kozola may find the chin of Banks at some point. But he never did.

Banks dominated with his stellar wrestling game, but he also landed some solid shots on the feet.

.@CB_Jetsetter throwing hands and in control heading to the final round. #Bellator184 Prelims pic.twitter.com/WcG3YFbISx

In the end, it was all Banks throughout. The fight was so one-sided that two judges gave Banks a very rare 30-25 score.

The TUF 21 alumni improves to a perfect 3-0 under the Bellator banner, and Kozola falls to 3-1 with the promotion.