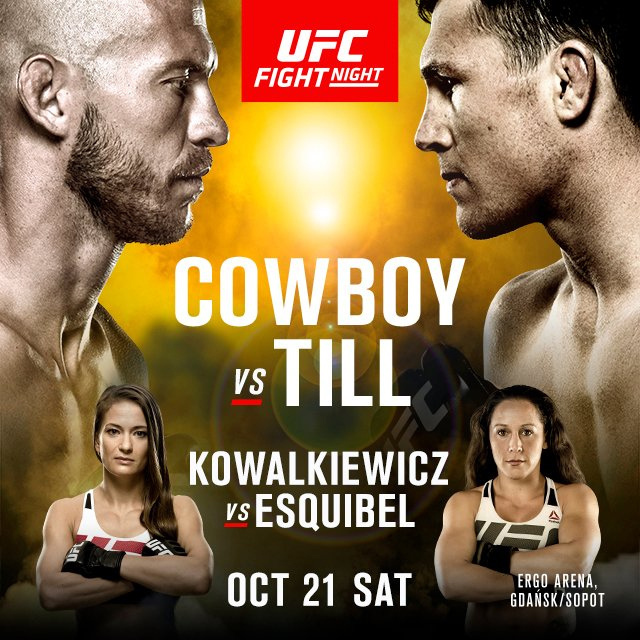 After the last break of the year, the UFC is back with UFC Fight Night 118! Emanating this Saturday from the Ergo Arena in Gdansk, Poland, the card has welterweights Darren Till and Donald “Cowboy” Cerrone squaring off in the main event. The majority of the card, however, is loaded up with fighters looking to build or rebuild their reputations. They’re looking for a win, and they’re looking to make a mark. One of the few ways they have left to do that is with walkout music. Some fighters, however, just don’t understand that. That’s why I’m here. As MMASucka.com‘s resident musicologist, I’m here to offer suggestions for better entrance songs to these wayward warriors. I’m even doing it here for the entertainment of you, the public. So, without further ado, here… We… Go!

What he last walked out to: “Legend” – Drake

What he should walk out to next: “40th Street Black/We Will Fight” – Wu-Tang Clan

In his last fight at UFC Fight Night 96, Jonathan “Johnny Bravo” Wilson fell victim to the Drake Curse. He walked out to “Legend” by the Canadian rapper, and lost a decision to Ion Cutelaba. Drake Curse aside, “Legend” is too low-key to a man with the number of KO wins as “Johnny Bravo.” No, he needs something more befitting of a man with scintillating striking prowess. That song is “40th Street Black/We Will Fight” by the Wu-Tang Clan. It’s got powerful production, a strong chorus, and a hard beat to get you fired up. Listen to it below.

What he last walked out to: “Qunato Major O Gigante” by Major A Testa

What he should walk out to next: “War” – Edwin Starr

When your name literally has “War” in it, like it does for Warlley Alves, it would only make sense to take advantage of that. Build your brand around war. While I’m sure “Qunato Major O Gigante” isn’t a bad song, I actually can’t find a version to listen to. It’s too obscure, even for Brazilian hiphop. Which means it may not exactly hook a crowd. So, it may be time to go with something more classic. Yes, the name is on the nose, but Edwin Starr’s “War” is a classic. It’s instantly recognizable, has a punch to it, and is pretty much unused as a walkout song. I think it would be a great choice for Alves, and would help him stand out that much further. You can listen below.

Keep it locked to MMASucka.com for more on UFC Fight Night 118 and other MMA news and opinion!