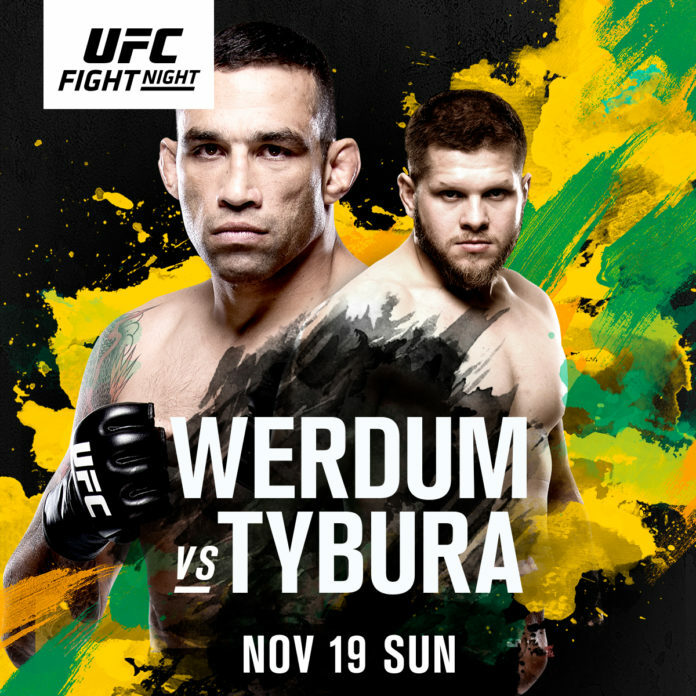 Fight Night 121 is this Saturday and will be taking place at Qudos Bank Arena in Sydney, Australia. While it’s lacking in big names outside of Fabricio Werdum, there’s lots of betting potential. The UFC has locals facing higher talent level than they’re used to which could lead to some big upsets. There are also some very interesting bouts stylistically that create intriguing bets throughout the card. On-top of the potential for giant unexpected underdogs, there’s also some very live dogs that could have crazy return. Take a look at my betting slip and let’s go through it together.

Ashkan is a Muay Thai and kickboxing specialist who has built up a name for himself in Australia. He has a crazy look and a couple of good performances which help him stand out. I’m not too high on him since he fights in a wide Muay Thai stance and throws wide looping punches. He’s shown good ability to level change and go for a takedown, but little skill for what to do after. His last fight was his UFC debut and he was ousted quick. He’s on the card because he’s a local with some name value. Ryan Benoit is a solid fighter who has pop in his hands as well as the ability to take down and GnP when in trouble on feet. His crisp, straight-striking and option to take it to the ground and keep it there, as well as possibly finish, has me very high on him in this fight.

Rowdy Bec Rawlings, AKA the victim of PVZ’s only highlight, is probably the floor as far as levels of skill for UFC women’s strawweights. If you’re a contender at 115, you’ll beat her. If you’re barely good enough for Invicta, she’ll beat you. Jessica Rose Clark is not a UFC-caliber fighter. She has taken herself down twice in her last two fights and her strong suit is her ground game, which is about the level of a blue belt in BJJ. Torres and Esparza couldn’t finish Bec on the ground and they were both miles ahead of JRC. Look for a fairly ugly contest as it relates to skill, but a clear win for Bec on top of it. It’ll be a nice Aussie scrap.

This betting line is confusing to me. Lentz is a pressure fighter who specializes in attacking necks and either looks for the finish, or uses it to better his position. When it comes to his stand up he has some crisp, basic boxing and doesn’t stray from it much. Brooks is an extremely good wrestler who has improving stand up, especially his kicks. Last year Brooks controlled Ross Pearson on the feet and on the ground for 15 minutes with ease. Since then, Brooks has suffered back-to-back losses. In both of the fights, he had problems with his opponents coming forward and creating pressure, as well as leaving his head and neck out. Even back in Bellator, Brooks would leave his neck out a little too much, which leads me to believe he’s not gonna fix that problem. Look for Lentz to brawl and attack the neck of Brooks often to either secure a finish or constantly mix up their positions.

Belal Muhammad has significantly improved each time he’s been in the octagon. His base of wrestling, controlling, and clinching has been serving him well for years now. Lately, Belal’s stand up has taken leaps of improvement, especially the last 18 months. Muhammad is great at chain wrestling, takedowns, or tie up to force you to react, then following up with more to ultimately get you down. His last two fights he’s been using his punches and kicks to engage in stand up occasionally throughout the fight. The added threats make it even more difficult to stuff his takedowns when you respect the strikes. Means has aggressive striking and can finish unskilled guys on the ground when chances present themselves. Means’ elbows are a force to be reckoned with and he has no problems exchanging in the pocket. The problems for Means will be that; his stance leaves him open for doubles, he likes to clinch where Belal likes to initiate takedown sequence, and struggles with guys who come at him and don’t let him find his groove. Muhammad is good where Means is weak, leading me to count him as a very live dog.

This is one of the more interesting and contrasting of styles match-ups that the UFC has put together for this card. Dan Kelly is a slow, strong, tough as nails, go to war, judo vet. Theodorou is a quick, bouncy, avoid damage at all costs, get in get out stay long, type fighter. Theodorou will be looking to use his long kicks and snapping punches to keep his distance and pepper Kelly. A constant about Theodorou is that he has been very light on his feet and very quick, rarely mixing up his game plan. Kelly will be looking to get into boxing range and hopefully get close enough to tie up with Theodorou. With this fight, I’m picking Kelly due to the fact that he’s willing to catch a couple of those quick shots in order to get in the range he wants after. Another very live dog.

Fabricio Werdum is such a monster, even after 10 years of fighting at the highest level. Despite what his recent fight tape prior to Walt Harris would show, Werdum is one of the best heavyweight grapplers in the history of the UFC. Even without stand-up being his specialty, he has still looked good on his feet. Werdum has shown front kicks, spinning kicks, stepping jabs, and side kicks over the course of his last few fights. Tybura is a thick and tough grinder who had a good performance against Andrei Arlovski to get himself in a position to face names like Mark Hunt. He’s has good boxing but mostly clinches and controls from the second round on – that is once he’s tired. Five rounds is a big bonus in favor of Werdum, and if it wasn’t for Tybura’s ridiculous grit, I would be comfortable betting Werdum ITD.