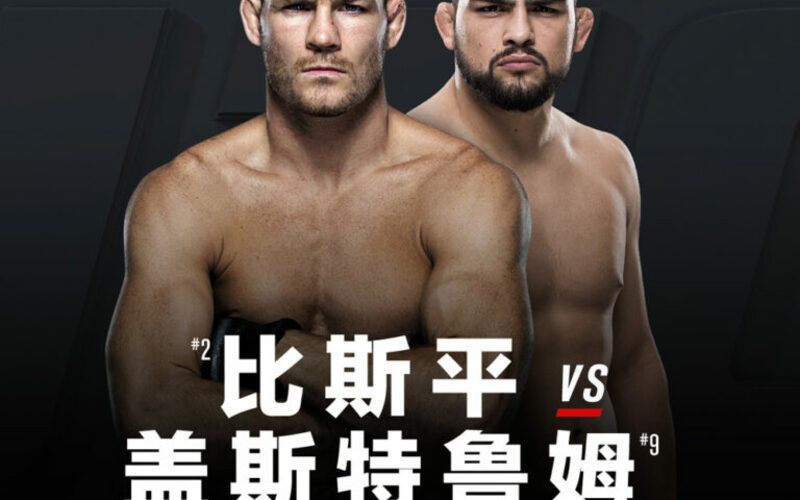 UFC Fight Night is upon us, and it’s taking place in Shanghai China, making it the first UFC event in the mainland. While he was originally expected to be the draw, Anderson Silva was flagged by USADA and consequentially pulled. In steps Michael Bisping, fresh off his title loss to Georges St-Pierre, to challenge one of the most fearless challengers in Kelvin Gastelum. While I’m not betting on the main event, there’s lots of potential throughout the card considering many of the fighters are locals many are unfamiliar with. Take a look at my slip below and the quick breakdowns of each bet. I watched hours of regional promotions in China so you don’t have to!

Cyril has a brown belt in Brazilian Jiu-Jitsu. Other than against Walt Harris, he has done well on the ground. Hu is an awful fighter and couldn’t finish two guys who haven’t won a fight in their careers in the first round. Asker is nothing special, but Hu is especially bad. The only reason I would not bet more is Asker’s habit to just wade in chin high and throw sloppy. Anyone who does that regularly like he does can get the lights shut off quick, like his were against Jared Cannonier. Still, he has a good chance of knocking Hu out as well as having a giant advantage on the ground. Good option for a leg of parlay.

Salikhov has shown some of the most dynamic and accurate kicks in the division in his recent fights outside of the UFC. He destroyed Melvin Guillard and knocked two others out before that with one punch. Garcia is a skilled wrestler with a lot of power and could win this fight by sitting Salikhov down and controlling him for 15 minutes. Unfortunately for Garcia, he hates working his wrestling and continually looks to strike. Salikhov should get the finish, but Garcia has shown some resiliency against guys like Means, so he won’t be an easy out. The line is -110 for Salikhov to win by KO/TKO, one of the few prop bets I like. On the flip side, if you like Garcia his best path is decision and that’s at +450 currently.

Nash has a solid wrestling base, being from Michigan State and doing well there. Song has had some highlights on the feet against subpar competition, but also showed an entire absence of a ground game in his last two fights. Barring something crazy, Nash should have an advantage on the feet, in the clinch, and on the ground. I wouldn’t take any props since Nash has so many paths to victory. Nash’s loss to Jingliang should help him realize he needs to work the takedowns earlier and more often.

Dy has faced UFC level competition before in Alex Caceres and Yuki Ishihara. He almost finished Ishihara twice and was only slightly behind Bruce Leeroy in striking. Wu has losses in the past two years against fighters who have one other fight in their career, which they lost. Due to the lack of easily available film on Wu, I think the mystery factor is tilting the line more towards him than it should. He has six decisions and hasn’t finished anyone with more than seven fights. I think Dy is a strong favorite, -165 is a steal. The only worry about Dy is that he “retired,” a while ago but has chosen to return, which typically doesn’t end well. He also missed weight, showing he may have a lack of willpower. I think even with both of those hindrances, as long as he’s not totally washed up, he can get the win.

Jingliang should be able to kick away at Ottow throughout the fight. Despite Ottow having a wrestling base, he rarely uses it and prefers to stand early on. Jingliang has faced UFC level talent back-to-back fights and won them both, with the knockout of Nash being the highlight. Ottow will probably keep this fight interesting and have a fun fight, but Jingliang has shown good takedown defense and much more impactful striking. This could be a possible Fight of the Night stand up war, which I favor Jingliang in heavily. If it wasn’t for his last fight against Frank Camacho, where Jingliang went up two rounds on scorecards and just kept his distance all of the third, I’d like him to win by KO/TKO.

Caceres is a much more well-rounded fighter than Wang Guan. The early stand-up battle should be fun and Caceres may even do well, but once he gets caught a few times by Guan he’ll be ready to ditch the Bruce Leeroy stand up non-sense and get the fight to the ground. He choked out Sergio Pettis after getting his ears cleaned by him, and there should be a fairly similar outcome here. The odds for Guan to win by KO/TKO at +400 are worth it if you aren’t sold on Caceres or want to hedge your bet.

Adburakhimov has a lifetime of grappling behind him between sambo, wrestling, and MMA. His cardio can go three hard fast-paced rounds with him just constantly coming forward and forcing clinches or at least cage battles. Sherman is a great athlete who is transitioning well into MMA, but has also faded by the end of the first round in all of his fights. Sherman’s only chance to win is to put Abdurakhimov away and those odds are at +425, another good way to hedge your bets. I personally am not hedging this bet, since Shamil has shown average to good striking defense and doesn’t take too many unnecessary risks.

All of the lesser known fighters on this card have made for a lot of close lines. The two ways to turn a good profit on this event are: Pick a couple fights you believe in strongly and wager big on those as well as a parlay with those two fights. Spread out your bets among multiple fighters you favor slightly and parlay them together. For first option you could bet Nash TW, Zabit TW, and parlay those two together, all with heavy bets. I decided to spread it out and parlay the 3 fights with most options or most easily attainable path to victory.

Combat Sports Addict For Most of My Life. Casual bettor for 5 years, regularly handicapping for 2. Interact with me on twitter ? @heyitsjfromca