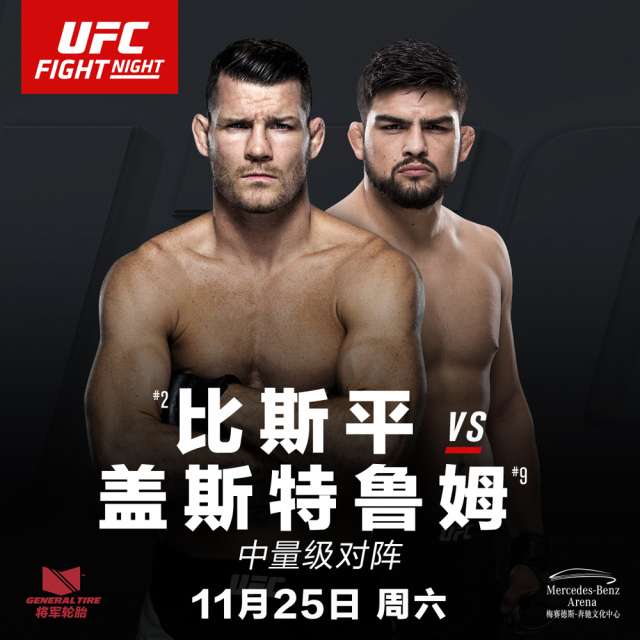 The UFC hits mainland China for the very first time on Saturday September 25. The fight card goes down from the Mercedes Benz Arena in Shanghai, China. We will have UFC Fight Night 122 live results for you all night long.

Just four weeks after losing his UFC middleweight title to Georges St-Pierre, Michael Bisping will step back in the Octagon, as a short notice replacement against Kelvin Gastelum. In the evening’s co-main event, Li Jingliang will take on Zak Ottow.

The four-fight main card is rounded out by Wang Guan vs. Alex Caceres and Muslim Salikhov vs. Alex Garcia.