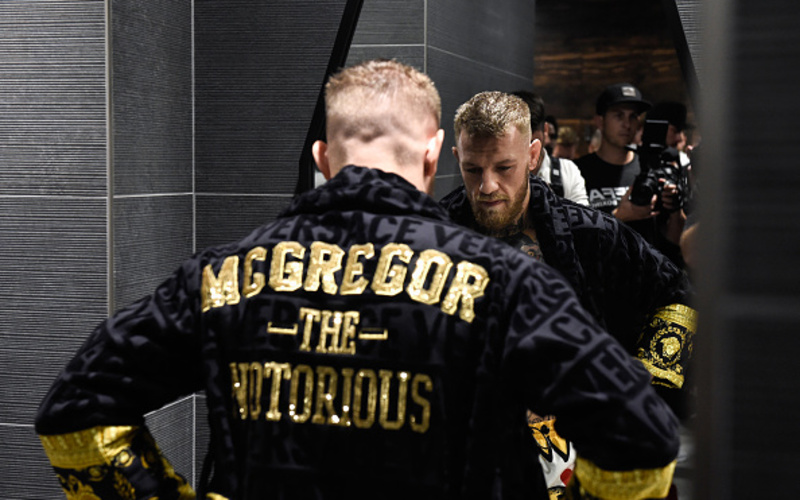 Conor McGregor is no stranger to trouble. But, now he could be in over his head. According to reports out of Ireland, McGregor has become involved with the Irish mob, the Kinehan Mob.

The Daily Mail is reporting that McGregor was involved in an altercation at a pub in Dublin over the weekend. The alleged altercation saw the UFC star get into a fight with three men at The Black Forge in the capital’s Crumlin suburb.

A report from The Herald in Ireland states that McGregor allegedly fought a relative of Graham Whelan, also infamously known as “The Wig.” Whelan got his nickname from wearing a wig when he would “execute a target” according to sources. The Wig was arrested for drug charges in 2001 with more than €6,000 of ecstasy and over €1 million of cocaine. Whelan did not serve much time for the charges.

It is alleged that McGregor was having an altercation with a young man in the bar, when Whelan’s relative interfered. This created a situation where McGregor allegedly punched the two men.

Irish authorities are aware of the reports and are investigating.  However, there is a lack of solid information as it appears that both sides may be keeping quiet.

“It is fair to surmise that if there is an issue, the most likely way of it going away would be the offer or demand of money. This often happens in situations like this,” a senior Guradia source explained to the Herald.

“It is important to note this is not a garda investigation and there is nothing to indicate it will be.”

A senior source at the Gardai also told the Irish Independent: ‘There is no report on this matter and no complaint from any injured parties, patrons of the pub or the pub itself and no statements were taken.’

Rumors continue to swirl on social media. While MMA Sucka has not been able to verify these reports, there have been claims that McGregor will up too €900,000 to the head of the Irish mob; that he will be meeting with the head of the Irish mob in Dubai; that he will be leaving Ireland for the United States in the near future; and that McGregor was involved in another incident a few weeks ago at his home.

While the speculation runs rampant, McGregor himself is making vague posts on social media about the rumours.

UFC President Dana White does not seem to be too worried about the reports concerning the company’s biggest star. Speaking about the rumours, White told reporters from MMAJunkie.com and other assembled media on Tuesday.

“Can’t be a good thing for Conor,” White said during a media luncheon Tuesday at UFC headquarters. “But I’m sure it can be worked out, too. Jake LaMotta’s brother beat the (expletive) out of a wise guy, too, and they figured it out.”

“I don’t think it’s true, because if it were true, it would be big,” White said. “Conor can walk down the street, and it’s big news now. If this was true, I would just have to believe it would be off-the-charts crazy.”