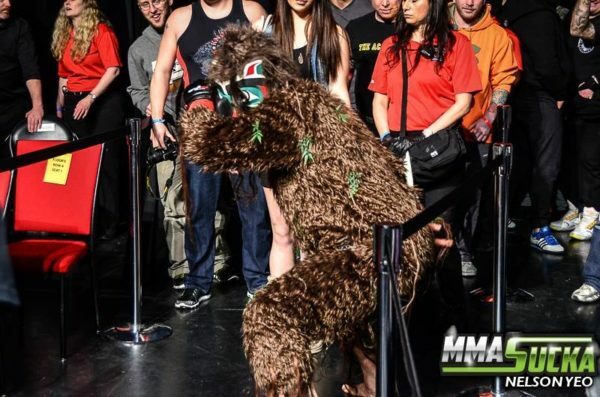 The biggest fight in B.C. history has been rescheduled for the main event at BFL 53 on January 13. Battlefield Fight League middleweight champion Chris Anderson takes on Matt Dwyer for the 185-pound gold. Chris Anderson vs. Matt Dwyer will serve as the evening’s main event.

Anderson and Dwyer were expected to square off at BFL 52, however a bad weight cut led to Anderson not making it to the cage on fight night. There are stipulations put in place for the BFL 53 main event. If “Bukwas” unable to fight for any reason other than an injury, Dwyer will get a deposit left by Anderson.

Anderson (6-0) is undefeated in his professional career and recently captured his second BFL title. ‘Bukwas’ won the welterweight championship at BFL 42, when he finished Curtis Harriott in the second round. The champ went on to defend his title twice, before moving up to middleweight at BFL 49. In the main event at BFL 49, Anderson finished former amateur champion Jared Revel to capture the 185-pound strap.

Dwyer (9-4) is coming off a victory in his first post-UFC bout. The Toshido MMA product defeated Jesse Ronson via unanimous decision at Xcessive Force FC 10 in July 2016. The former BFL champion fought four times in the UFC and held a 1-3 record, but captured two ‘of the night’ bonuses for his fight with Alan Jouban and his knockout of William Marcario.

BFL 53 goes down on January 13 from the Hard Rock Casino in Coquitlam, British Columbia. The co-main event features a battle for the vacant welterweight championship, as David Perron takes on Curtis Harriott.

Other fights expected for the BFL 53 fight card are Jamie Smyth vs. Caio Machado, Jamie Siraj vs. JT Donaldson, James Foster vs. Jonathan Dubois and Hardeep Singh will make his long-awaited BFL return against Keegan Oliver. The promotion is also hoping to put a bout together with two undefeated fighters, Achilles Estremadura and Alexi Argyriou.