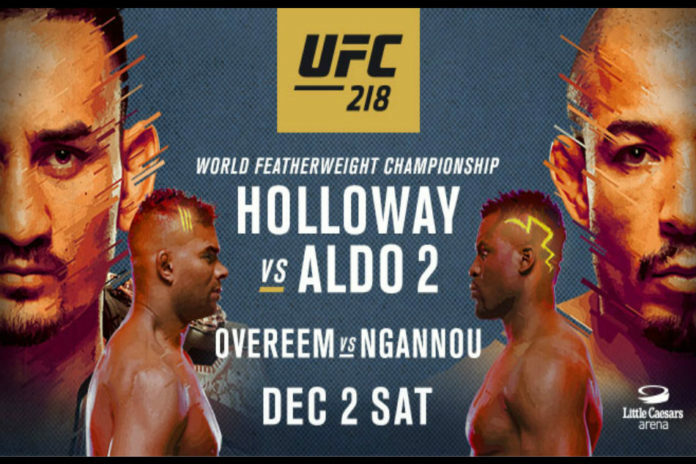 It’s our post-UFC 218 episode, and in the first segment we are joined by James Lynch (Fightful, Sportsnet, FloCombat) on location in Detroit to recap the entire main card, the post-fight press conference, and talking with CM Punk backstage.

In the second part of the episode we discuss the UFC 218 preliminary card including short interviews with most of the winners, including Paul Felder, David Teymur, Felice Herring, Amanda Cooper, Dominick Reyes, and Justin Willis.

Then we go back to the studio for preview of the upcoming UFC Fight Night: Swanson vs. Ortega event from Fresno, as well as Invicta FC 26: Maia vs. Niedzwiedz.