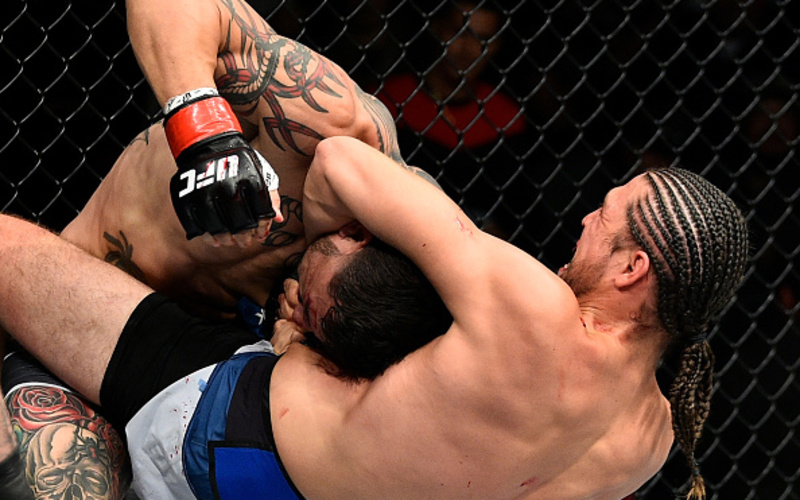 Another card down, and more power moves by all the fighters. As title shots loom in their futures, fighters are forced to up the ante. Here are UFC Fight Night 123’s three biggest winners.

I couldn’t pick one of these fighters over the other. Even though Albert Morales lost the fight, he came out and gave it his all against the newcomer, Benito Lopez. Lopez, on the other hand, has a bright future ahead of him in the UFC. His flashy fighting style favors him with the match makers and I cannot wait to see him in the octagon again.

Marlon Moraes is a killer. After his loss to Raphael Assunção in June of this year, Moraes came back with two strong victories over John Dodson, and now an incredible knockout of Aljamain Sterling this past weekend. One knee is all it took. The fight only lasted a minute and seven seconds and Moraes knew as soon as he connected that Sterling was out. He was worried about the well-being of Sterling, which shows class. You could hear the worry in his voice during his post fight interview. As for his future in the UFC, Moraes is looking to continue to climb to the top for that title shot. Having lost to Assunção, he’s sure to be looking for revenge.

Brian Ortega is undefeated, still. He’s put away fighters such as Thiago Tavares and Clay Guida. Now, he can add surging Cub Swanson to his body count. But, Ortega showed, once again, he isn’t a grappling one-trick-pony. He can throw hands when he needs to. Cub Swanson is one of the best stand up fighters in the UFC. Ortega looked right at home standing up trading with him. Then he caught Swanson’s neck. Once that happens, wrap things up. Ortega is taking it home. Somebody get Dana White on the phone. Ortega and Frankie Edgar need a title eliminator match.

Next Fight Night card has Jeremy Stephens versus Doo Ho Choi, as well as fights from Vitor Belfort and Paige VanZant.

You can always keep up with that on MMAsucka.com