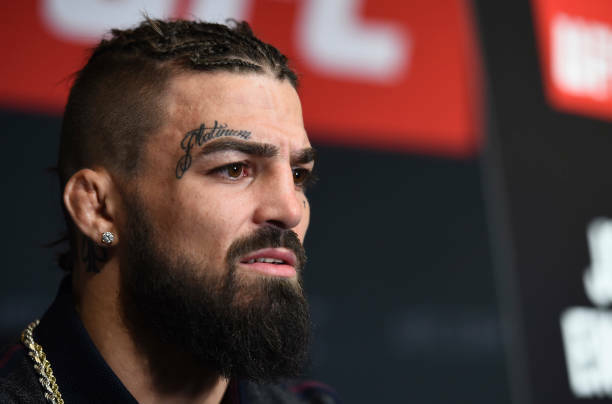 This Saturday the UFC travels to Winnipeg, Canada as top welterweight contenders Robbie Lawler and Rafael dos Anjos battle in what appears to be a number one contenders fight. With having fights from the UFC every weekend, it can be easy to forget just how strong the cards have been lately.

With the year quickly coming to a close many fighters are lining with the hope of landing a big win off an impressive performance. This could set them up for a pivotal 2018, and cap off their 2017. Going back to my earlier point, recent cards have been entertaining because of the fun prelim bouts.

Saturday’s card is no different with two bouts in particular worth looking for. John Makdessi and Abel Trujillo face off in the lightweight division as both are looking for wins that could raise their status in the division. Fireworks are sure to ensue.

Ranked light heavyweights Jan Blachowicz and Jared Cannonier are also set to fight in the featured prelim. In a division that’s fairly wide-open in terms of contenders, a win could put either fighter into the top ten rankings. Blachowicz looked great in his last fight against Devin Clark, winning via bulldog choke.

Cannonier has shown some impressive skills of his own in wins over Cyril Asker and Ion Cutelaba. It is a match-up that shows off the solid depth in the division.

Teixeira versus Cirkunov is a crucial match up

Also in the light heavyweight division, top contender Glover Teixeira meets seventh ranked Misha Cirkunov. Teixeira, at 38-years-old, is coming off of a big loss to Alexander Gustafsson. The window to contendership is closing for the vet, he will be hoping for one last run to a title shot starting in Winnipeg.

Cirkunov, who fights out of Toronto, Canada, will be looking to get back in the win column after losing to Volkan Oezdemir in 28-seconds in his last bout. Before this he racked up a 4-0 record in the UFC, which was even more impressive because he finished all four of his opponents.

If Teixeira can beat Cirkunov, he could put himself back into the number one contender conversation. If Cirkunov gets past a tough veteran like Teixeira, he regains that moment he lost in May. .

Perry versus Ponzinibbio is an exciting match up of two strikers

Santiago Ponzinibbio is currently tenth in the welterweight rankings after a big first round KO over Gunnar Nelson. Now on a five-fight win streak, he meets unranked–but incredibly dangerous–“Platinum” Mike Perry.

Perry, who is coming off of two impressive finishes against Jake Ellenberger and Alex Reyes, will be looking to finish Ponzinibbio and assert himself in the rankings. Whereas Perry is all about violent striking, Ponzinibbio is a more calculated and polished pugilist. Can Perry keep finishing top guys, or will Ponzinibbio be able to get the better off him?

Perry’s only loss is to Alan Jouban. So the question is, can he overcome another top striker who won’t get involved in a brawl? This is a great fight showcasing two of the most exciting fighters at welterweight, as the pair have a combined 31 finishes in their careers. Don’t blink.

Lawler versus dos Anjos is an outstanding main event

Robbie Lawler and Rafael dos Anjos are two elites at welterweight. Both are veterans of the game who have become better with age. Both love to push an aggressive pace. And both are former champions (dos Anjos at 155).

When you see Lawler’s name on a card you have to watch it. The guy always enters the cage planning to go to war. He is a fan favorite for good reason and always brings the best out of his opponents, as you can’t run from “Ruthless.”

Since moving up a weigh-class Dos Anjos has looked so impressive. Holding wins over Tarec Saffiedine and Neil Magny. Dos Anjos has proven he can compete at 170, now the question is whether he can compete with the very best at welterweight, and earn a title shot in another division.

Lawler, who last beat Donald “Cowboy” Cerrone via decision, will be looking for a rematch with champion Tyron Woodley–who dethroned him at UFC 201. With president Dana White alluding that the winner of this fight gets the shot, both will be putting there all into this fight.

How will dos Anjos cope with Lawler being bigger, and being unwilling to take a step back? Can dos Anjos return the aggression against someone as resilient as Lawler? Can Lawler break someone as tough and relentless as RDA?

This is such an exciting fight for so many reasons, and is one of the best five-round main events in recent years. With a title shot at stake between two high-level and tested guys, I don’t see why this one won’t be fight of the night. Saturday simply cannot come around soon enough.