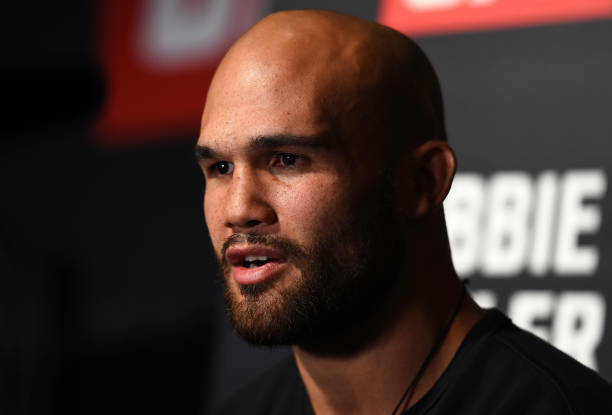 Lost in the excitement of two former champions getting ready to headline UFC on Fox 26 for the title of number one contender, is the fact that Saturday night will be Robbie Lawler’s 40th professional fight. An achievement many have achieved before him, but they didn’t achieve it like Robbie.

Robbie Lawler made his UFC debut against Aaron Riley at UFC 37 in Bossier City, Louisiana – just under two months after his 20th Birthday. With only four fights under his belt, Lawler went the distance with Riley and got the victory, despite the fact that Riley had more professional fights. That fight took place 15 and a half years ago.

Lawler spent the next 15 years knocking people out and being knocked out. Going on win streaks and getting submitted, winning world titles and losing close decisions, yet also producing heart pounding fights that people can’t stop talking about. Lawler has won “Fight of the Year” in many brackets over the last three years.

All the while, Robbie has continued to be Robbie. It doesn’t matter if you think of the flexing beast Robbie from his Diaz fight in 04′ or lip ripped in half staring down Rory McDonald while screaming Robbie of 15′. He still remains the even keeled, mild tempered, no nonsense Robbie Lawler he always has been. At least until he gets into the cage.

The best part about Robbie Lawler is there are people who fell in love with this sport in it’s infancy who say Robbie Lawler got them hooked. A decade and a half later there are new people. Young fans who share the same sentiment. I watched a Robbie Lawler fight and now I can’t get enough.

Fighters like Robbie Lawler will soon be obsolete. His throw care to the wind attitude inside the cage is rarely seen now. When it is, it rarely matches the intensity which is regularly seen with Lawler. Times are changing. Do you think someone else will be able to show that type of consistent intensity for five years? Let alone the 15 years Robbie has put in? Not likely.

This run is truly unlike any other. With a win tonight there is a whole other chapter waiting to be written. The man is only 35 years old, but has the track record that would make most men retire more than once.

35 is not old. Robbie Lawler may very well fight for another two to three years, but this is just a friendly reminder. Enjoy it while it lasts. Enjoy Robbie Lawler. He is a legend who is at the tail end of one of the best careers the sport has ever seen. When it ends, we don’t want to be the ones who took it for granted.

This is a legacy to be unmatched by any other.