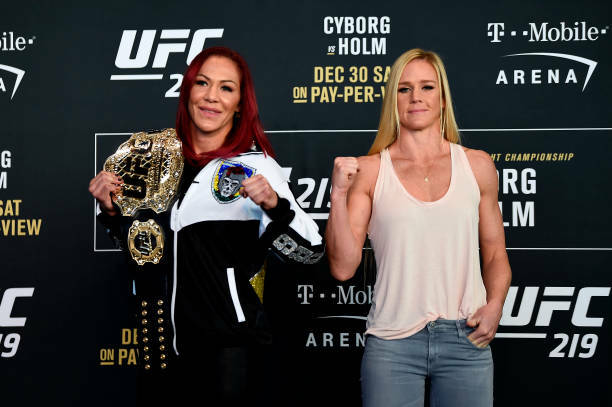 On Saturday, December 30th, UFC 219 will take place at T-Mobile Arena in Las Vegas for the UFC’s New Years pay-per-view. The fight card is headlined by current women’s featherweight champion Cris Cyborg, who will look to defend her title against one of the greatest women MMA fighter’s, Holly Holm.

The co-main event will see Khabib Nurmagomedov‘s return to the octagon since demolishing Michael Johnson in November of 2016. Across the octagon from Nurmagomedov will be Edson Barboza, and extremely talented striker, who will look to take Nurmagomedov’s undefeated record, while winning five consecutive fights.

The remainder of the main card will feature another anticipated striking match-up between Dan Hooker and Marc Diakiese. Undefeated strawweight Cynthia Calvillo will face veteran Carla Esparza. And Carlos Condit, who is coming off of a tough loss, will be taking on Neil Magny, who is also fighting after a loss in September.

Dan Hooker def. Marc Diakiese via submission (guillotine) at 0:42 of Round 3