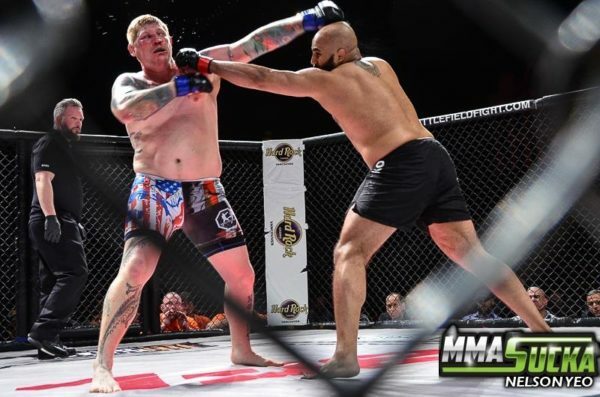 One of the best wrestlers to come out of British Columbia will make his sophomore trip to the Octagon on April 14. Former Olympic wrestler and Commonwealth Games medalist Arjan Bhullar will take on Adam Wieczorek.

A post shared by Arjan Singh Bhullar (@theonearjansinghbhullar) on Jan 8, 2018 at 2:39pm PST

Arjan Bhullar’s next fight will be against Adam Wieczorek

Bhullar (7-0) is undefeated in his mixed martial arts career and 1-0 inside the Octagon. The former BFL heavyweight champion earned a decisive decision victory against Luis Henrique in his debut at UFC 215 in front of a slough of fans in Edmonton, Alberta.

The date and venue of the April 14 fight card is unknown at this time. So make sure you keep it locked to MMASucka.com for more on the spring time event.