Get to Know: Ashley Cummins 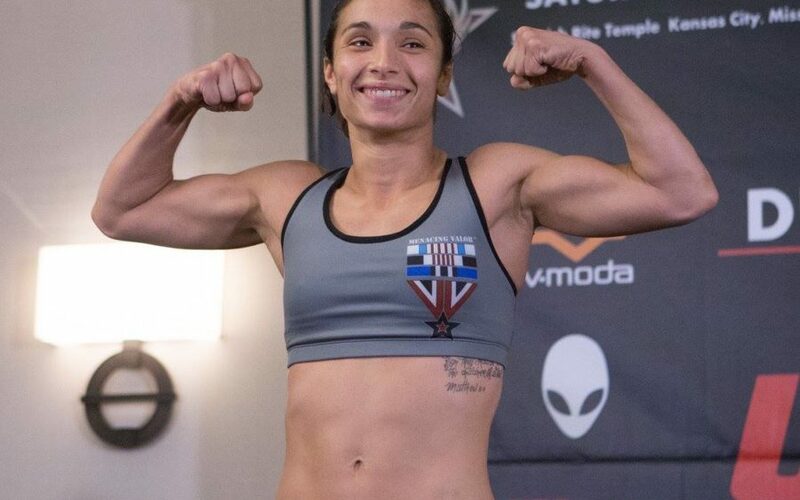 As fans, we keep tabs on fighters before and after they compete. We hear their thoughts on opponents, their place in a weight class or organization, or just their bouts in general. But what do they think of the sport from our perspective and enjoy doing outside of the cage? Get to know Ashley Cummins, who fights Stephanie Alba at Invicta FC 27 on Saturday, Jan. 13.

Get to Know Ashley Cummins

Mixed martial artists you currently look up to?

“Dustin Poirier. The thing I look for in people is compassion. Poirier auctions off his fight kits to good charities and I really admire that. He’s a good fighter too so I enjoy watching him fight.”

Any other jobs outside of fighting?

If you were not fighting, you would…

“Still be a police officer, compete in jiu-jitsu, powerlifiting competitions, weight-lifting. I always want to be doing some type of athletics.”

What are your hobbies?

“Work and training, and rescuing animals. Rescuing stray and abused dog and cats. If I’m not doing one of those three things, I’m probably sleeping.”

“I love Nutella. I think I have an addiction. After my fight, I can’t wait to have a jar of it. I have a brand new jar in my cupboard that I’ll bring to Kansas City and have it after my fight.”

“I used to watch The Walking Dead. I stopped watching after the last season.”

“End of Watch. It was the most realistic movie to how cops really are. I like that it showed how we really are: ordinary people with families.”

“I don’t watch any of those superhero movies. I’m not a big fan of fiction.”

“I used to play videogames all the time in middle school. Once I started high school, I was so into sports so I stopped. It was a Zombie killing video game. I liked any game I could shoot. As long as I was firing a gun, I liked it.”

Check out Cummins’ thoughts on her upcoming bout against Alba here.