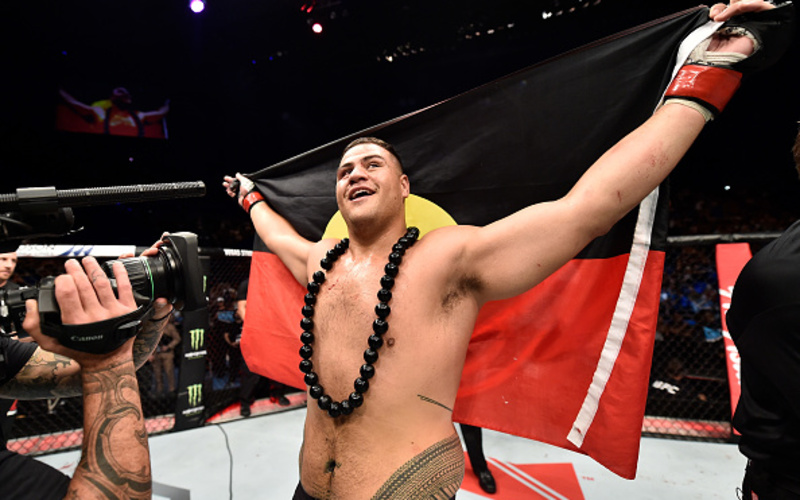 Austraian Tai Tuivasa needed less than three minutes to secure his second UFC win in his home country, as he dispatched of Cyril Asker with ease.

The undefeated heavyweight consistently utilised brutal step in elbows as well as heavy punches, and well put together combinations. Asker demonstrated his rock solid chin, but in the end, it was all too much.

Asker was stunned a few times, before being backed up against the cage, and cracked time and time again with shots. In the end, it weren’t a strike that sent “Silverback” down, it was just a push. Due to the massive amount of damage he had taken, the bloodied Frenchman headed face first to the canvas, and the referee had seen enough.