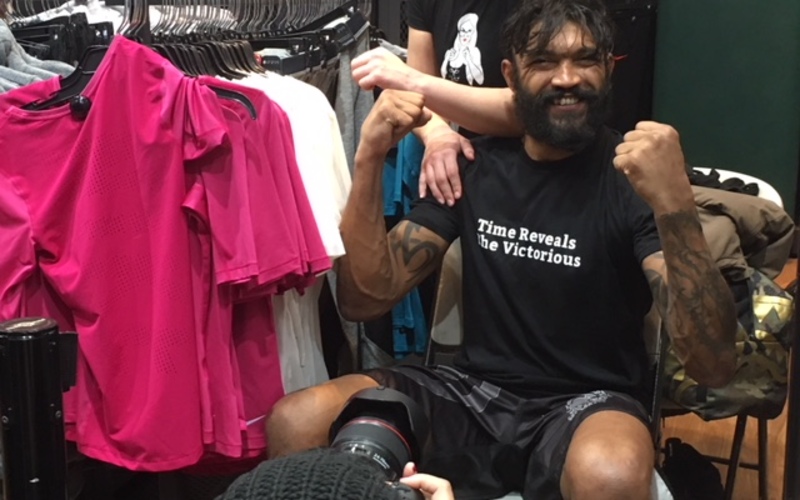 Liam McGeary is eager to get back in the cage and wash the bitter taste out of his mouth left by a loss to Linton Vassell at Bellator 179. The opportunity to do so will come against Vadim Nemkov at Bellator 194 this Friday.

Nemkov is riding a three-fight winning streak into the fight, all wins coming via first round knockout. Seven of his eight career wins have come that way. Half of McGeary’s 12 professional wins have come via knockout.

McGeary, having fought two ground-heavy opponents in two of his last three, is eager for a stand and bang fight with Nemkov.

“It’s…****ing exciting me,” McGeary told MMASucka. “Sorry about that, that’s the only way I could put it.”

By the time Friday rolls around, it will have been nine months since McGeary’s last fight. The 6’6″ light heavyweight was due to fight Bubba McDaniel in October before McGeary broke his thumb two weeks out.

“It was very frustrating,” he said. “I was pissed off, annoyed. I couldn’t even go to [Bellator 185] because I was that upset. There wasn’t really that much I could do. I put all that work in and then it just ****ing disappeared. It’s like a train going and then stopping straightaway before you get to your destination.”

McGeary said he’ll make up for the disappointment of his last loss and then injury in this bout. He plans to trade big shots with Nemkov until the Russian goes to sleep.

If McGeary is able to get past Nemkov, he feels he’d be one or two more wins away from a title shot. McGeary was Bellator’s light heavyweight champion before losing the belt to Phil Davis at Bellator 163.

Davis consequently lost the belt to current light heavyweight champion Ryan Bader. Although Bader is currently up a division competing in Bellator’s heavyweight Grand Prix in a bid to become a two-weight champion, McGeary doesn’t mind. He has some work to do in the interim.

Lastly, McGeary has a message for the fans:

“Enjoy the show [on Friday]. I’m going to make up for this disappointing loss that I had to Linton [Vassell]. Thank you all for following me and supporting and watch me knock this mother****er out.”