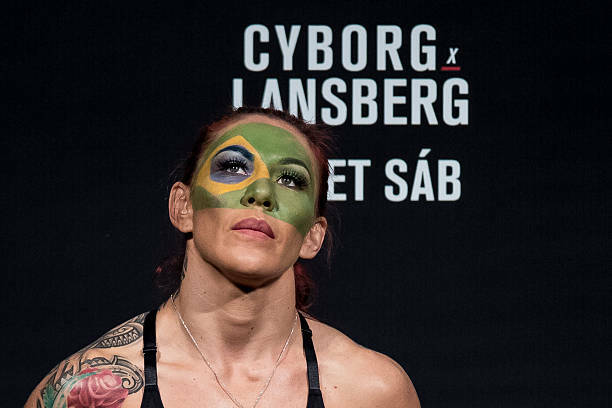 This is UFC 222 Fight Picks with ‘Funny MMA’s’ Nick Hendrickson and myself Aaron Weinbaum.

This fight serves as the Fight Pass main event. Pyle is coming off of two knockout losses. Ottow is in a similar boat with one KO loss. Keep in mind that Ottow hasn’t faced the same level of competition, and this is Pyle’s retirement fight.

This match was rescheduled because Pedro Munhoz did not make weight at UFC Belem back in February. Dodson, who has alternated wins and losses since returning to bantamweight after unsuccessfully challenging twice for the flyweight title. Munhoz is on a four fight win streak, with his last victory being a guillotine choke over Rob Font. It seems like it’s sink or swim time for Dodson.

Very interesting to me, this being Dern’s first fight in the UFC, that it is being contested at strawweight. Dern has missed the 115-pound mark two times, one as recent as last year. UFC jitters are a real thing, but Mackenzie Dern is a pretty high level athlete.

Zingano, who at one time was on a tear, has lost two straight and is coming back after a lengthy layoff dating back to July 2016. She is taking on Ketlen Vieira, undefeated in MMA including three UFC wins, with one over Sara McMann.

Struve is coming off a loss to Alexander Volkov last September, but was on a two fight win streak before that. He’s facing Andrei Arlovski, who at one time was the most feared heavyweight in the promotion, and then he shaved his back and lost a bunch. Andrei is coming off a decision win last November but lost a staggering five in a row before that.

Edgar is a killer at 145-pounds, and may beat anyone at featherweight not named Jose Aldo. However, Ortega may be a different animal here. He beats everyone he faces, mostly by submission or KO.

Cyborg hasn’t lost a fight since 2005. She’s scary, she’s fast, she’s strong – whereas I feel Yana Kunitskaya is fighting for a Twitter checkmark. Not to mention Kunitskaya is a bantamweight, not a featherweight.

UFC 222 takes place on on March 3, 2018, at the T-Mobile Arena in Paradise, Nevada, part of the Las Vegas Metropolitan area.

Please don’t place any bets based on my picks!

Interested in being a guest? Shoot me a message.

Find your favorite way to listen by visiting http://aaronsayswhat.com/mmafightpickspodcast.html

Subscribe to the MMA Fight Picks Podcast on Itunes and rate 5 stars. https://itunes.apple.com/us/podcast/mma-fight-picks/id1337192091